The officials, who left along with ex-President Ashraf Ghani have backed the Afghan government under 'caretaker' President Amrullah Saleh. 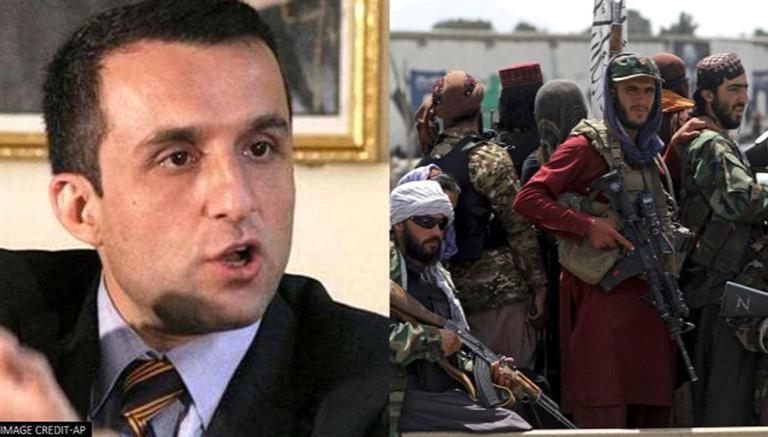 
A number of former Afghan officials who fled the country during the Taliban takeover have announced the continuation of the Afghanistan government in exile on Wednesday. The officials, who left along with ex-President Ashraf Ghani have backed the Afghan government under 'caretaker' President Amrullah Saleh calling it 'legitimate.' Issuing a statement, the officials have said that no other government could replace the one elected by the votes of people. The statement has been backed by leaders of the previous government, political leaders, and other politicians but the names have not been disclosed

The former Afghan officials have also announced their support to the Northern Alliance resistance front led by Ahmad Masoud in Panjshir. Afghanistan has been occupied by external factors and based on the historic responsibility of the Afghan government after consultations with the elders of the country; the officials have decided to announce government in exile, reported The Khaama Press. It has added that all the embassies and consulates of Afghanistan will be functional as normal.

"After the escape of Ashraf Ghani and his rupture with the Afghan politics, his first vice-president (Amrullah Saleh) will be leading the country," read the statement.

Taliban to adopt Constitution from the era of Muhammad Zahir Shah

This development comes after the Taliban said that they will temporarily adopt the Constitution from the era of Muhammad Zahir Shah which was ratified 57 years ago. "Constitution will be implemented in a way that does not violate Sharia law and the principles of the Islamic Emirate of Afghanistan," read a statement released by the Talibani government.

The fall of major cities like Kandahar, Herat, Mazar-e-Sharif, Jalalabad and Lashkar Gah paved way for the Taliban's complete takeover of Kabul and Afghanistan on August 15. The country has now been declared as an 'Islamic Emirate' and the Taliban has announced its new 33-member government naming Mullah Mohammad Hasan Akhund as its interim Prime Minister and Mullah Abdul Ghani Baradar as his deputy.

WE RECOMMEND
Taliban warns Joe Biden of 'bad consequences' if US drones occupy Afghanistan airspace
Afghanistan: Thousands flee to Iran as uncertainty, fear of safety grows under Taliban
Ahmad Massoud bats for voting in Afghanistan; slams Taliban at Cambridge conference
US Senators table bill on counter-terrorism in Afghanistan; hint at sanctions on Pakistan
No one from Afghanistan, Myanmar addressed UN General Assembly | Here's why