Former Myanmar President Win Myint said that senior military officials tried to force him to resign, citing a false health condition on the day of the coup. 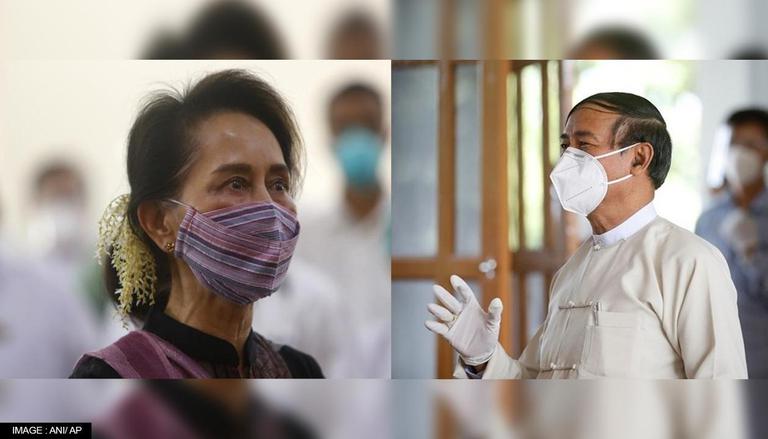 
Myanmar former President Win Myint on Tuesday revealed that the military rule had forced him to resign on the day of the coup. According to the reports of Radio Free Asia, the statement of Myint came during his testimony on the charges of 'defamation against him. The detained President said that two senior military officials came to his official residence and forced him to resign, citing health issues. However, the President denied their request saying, "he is well enough to deal with the official works." The former Myanmar President was not sure about the ranks but affirmed they were possibly lieutenant generals or generals. Meanwhile, the defence lawyer representing Myint said that the President defied the demand from the military, saying he would "rather opt to die". The lawyer informed that the President conveyed that he was enjoying good health.

"The officers warned him the denial would cause him much harm, but the President told them he would rather die than consent," the defence team added.

Notably, the trial is being held at a special court in the capital Naypyitaw, whose former mayor, Myo Aung, is the third defendant. Suu Kyi and the ex-mayor are slated to testify later. The trial is held in closed session with neither press nor public allowed. It is worth noting Myint and Suu Kyi have been detained by the military after the armed forces declared the state of emergency earlier on February 1, this year. According to Senior General Min Aung, the landslide victory of Aung San Suu Kyi in the last year elections was "the biggest fraud". However, his claims were not supported by any of the evidence. Earlier in August, Myanmar military leader Senior General Min Aung Hlaing announced to conduct "free and fair" general elections in 2023. Subsequently, the military ruler appointed a new election commission to take charge of the polls.

More than 1,167 were killed in the deadly clash between civilians and military

The military takeover was met with massive public protests that resulted in a lethal crackdown by security forces who routinely fire live ammunition into crowds. According to a tally kept by the independent Assistance Association for Political Prisoners, at least 1,167 people have been killed in the protest. Casualties are also rising among the military and police as armed resistance grows in both urban and rural areas. Apart from the military junta, the country has also been reeling under the worst phase of COVID-19. According to the UN, only 40 per cent of Myanmar's health care facilities can function after February 1.