Greenwich, London was established as the Universal Time meridian of longitude, from which all World time zones are based on, on this day in 1884.

Greenwich, London was established as the Universal Time meridian of longitude, from which all World time zones are based on, on this day, i.e., October 13, in 1884. GMT is the name for the mean solar time of the longitude (0°) of the Royal Greenwich Observatory in England. At different times in the past, it has been calculated in different ways and as a result, it cannot be used to specify a precise time unless a context is given.

On this day in 1884, Greenwich in London established as the universal time meridian of longitude. Here are some interesting pieces from Gale Primary Sources on GMT and the measurement of time.#fromthearchives #time #clocks #history pic.twitter.com/dyxjynhP8j

READ: USSR Launched Voskhod 1 On This Day In 1964; Read About 1st Spacecraft With No Spacesuits

As Britain developed into an advanced maritime nation, British mariners kept at least one chronometer on GMT in a bid to calculate their longitude from Greenwich meridian, which was considered to have longitude zero degrees, by a convention adopted in the International Meridian Conference in 1884. This practice then led to GMT being used worldwide as a standard time independent of location. In the following years, GMT was adopted across the island of Great Britain by the Railway Clearing House in 1847 and by almost all railway companies by the following year.

In the past, GMT has been used with two different conventions for numbering hours. The long-standing astronomical convention, dating from the work of Ptolemy, was to refer as zero hours and, on the other hand, the civil convention referred to midnight as zero hours dating from the Roman Empire. In 1925, the latter convention was then adopted for astronomical purposes, resulting in a discontinuity of 12 hours, or half a day. The instant that was designated "December 31.5 GMT" in 1924 almanacs became "January 1.0 GMT" in 1925 almanacs.

READ: Apollo 7, The First Crewed Space Mission Was Launched On This Day In 1968 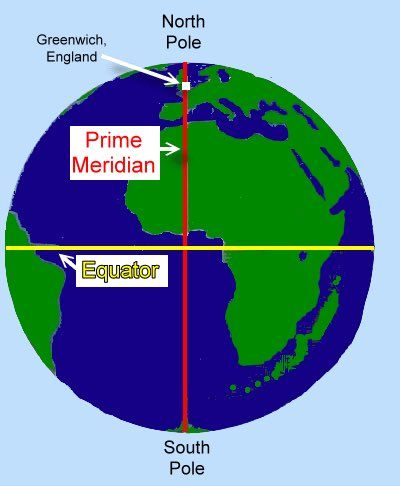 READ: At Auschwitz Camps, 800 Romani Children Were Systematically Murdered On This Day In 1944

Historically, astronomers used Greenwich Mean Astronomical Time (GMAT) and the term was introduced to unambiguously refer to the previous noon-based astronomical convention for GMT. However, later GMT was adopted by astronomers so that the astronomical day began at midnight, the same time as the civil day. Some confusion in terminology resulted, however, in 1928 the International Astronomical Union changed the designation of the standard time of the Greenwich meridian to Universal Time.

Nowadays, UT remains in general use in a modified form as Coordinated Universal Time (UTC), which serves to accommodate the timekeeping differences that arise between atomic time and solar time. The more specific terms UT and UTC still do not share this ambiguity and are always referring to midnight as zero hours. The term Greenwich Mean Time is still used to represent the civil time in Britain.

READ: Russia's TASS Confirmed Voronezh UFO Incident On This Day In 1989; All You Need To Know