The High Commission of India in Australia's Canberra took cognizance of the recent vandalism of three Hindu temples in Melbourne in the past few weeks. 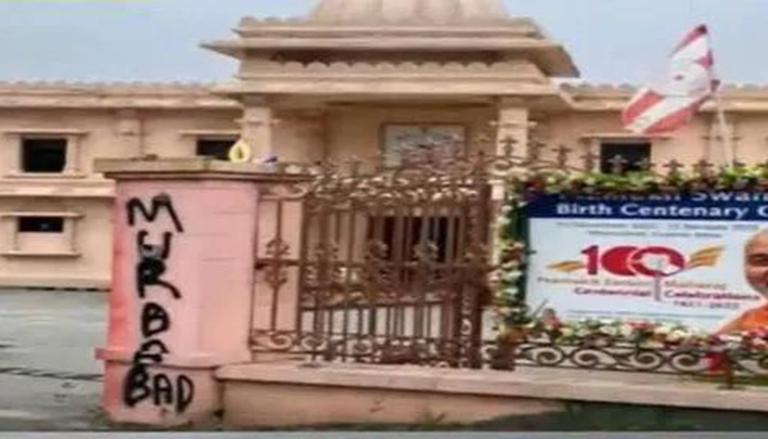 
The High Commission of India in the Australian capital of Canberra took cognizance of the recent vandalism of three Hindu temples in Melbourne in the past few weeks and stated that the acts displayed “clear attempts” by perpetrators to instill hate and divide the peaceful Indian diaspora.

In a press release, the commission said that it “strongly condemns the deeply disturbing incidents of vandalisation, including of 3 Hindu temples in Melbourne in recent weeks. These are clear attempts to sow hatred & division among peaceful multi-faith Indian-Australian community.”

It added that the recent attacks on the Hindu temples of Sri Sri Radha Ballabha ISCKON, Shri Shiva Vishnu Temple and BAPS Swaminarayan Mandir were a sign that Khalistan supporters are “stepping up their activities in Australia, actively aided & abetted by members of proscribed terrorist organisations such as the SFJ & other inimical agencies from outside Australia, have been evident for some time.”

The attacks of vandalism began earlier in January, when BAPS Swaminarayan Mandir in Melbourne’s suburb of Mill Park was targetted with “Hindu-stan Murdabad" and other anti-India slogans spray-painted on its walls. Merely four days later, the Shri Shiva Vishnu Temple in the Australian city also became a victim of vandalism with phrases like “Target Modi” written on it.

On January 22, a third attack occurred on another Hindu temple, this time on the Sri Sri Radha Ballabha ISCKON in Albert Park. Vandalists damaged the place of worship with slogans like "Khalistan Zindabad, Hindustan Murdabad and Sant Bhindrawale is martyred."