Japan PM Fumio Kishida announced to suspend entry of all foreign visitors from around the world as a new coronavirus variant spreads in several countries. 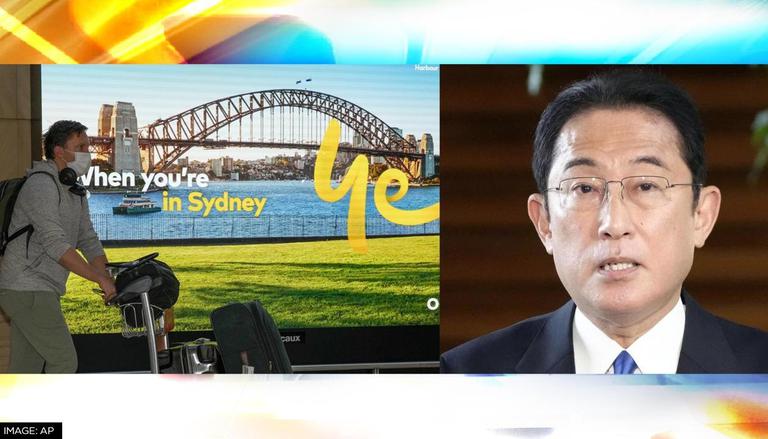 
Amid rising concerns of the new COVID-19 variant, the Japanese Prime Minister has temporarily suspended the entry of all foreign visitors, AP reported on Monday. According to the announcement of PM Fumio Kishida, the new order will be effective from November 30, Tuesday. "We are taking the step as an emergency precaution to prevent a worst-case scenario in Japan. The measure will be effective from Tuesday," news agency AP quoted Kishida as saying. Notably, the announcement from the Japanese PM came after South Africa reported a new variant of COVID-19, called B.1.1529 or Omicron. This prompted several Asian and European countries to either shut their travel routes or implement robust restrictions.

Meanwhile, Kishida, during the announcement, urged the people to adhere to basic COVID-19 protocols such as wearing face masks, maintaining proper distance and washing of hands until further details of the new Omicron variant are known.
Recently, the government announced to ease quarantine guidelines for business travellers and foreign students from November 8. It had also allowed the business travellers to use public transportation and eat outside if they tested negative for the deadly Coronavirus. However, with the latest announcement, the travellers, especially the students who have already missed classroom activities due to the delta variant, has again been hit with the Omicron variant.

Epidemiologic studies are underway to understand its transmissible capacity

Though the World Health Organisation (WHO) declared that the data is “insufficient” for the global health body to establish whether the variant of concern B.1.1.529  is more transmissible than Delta, several countries have already restricted foreign travellers. "It is not yet clear whether Omicron is more transmissible (e.g., more easily spread from person to person) compared to other variants, including Delta. The number of people testing positive has risen in areas of South Africa affected by this variant, but epidemiologic studies are underway to understand if it is because of Omicron or other factors," the WHO said in a statement released on Sunday.

In addition, they revealed that the first case of a new COVID variant was detected in South Africa and has also been detected in travellers from Hong Kong and Botswana. It is worth mentioning that South Africa has reported nearly 200 cases of Coronavirus in the past two weeks ago. However, with the emergence of the newly detected variant, the cases in the country went up to 2,465. Notably, the difference of nearly 2,400 cases was reported within a gap of three days. The scientific community was concerned with the transmissibility of the new variant as it went from barely detected to spreading among the majority of the samples.