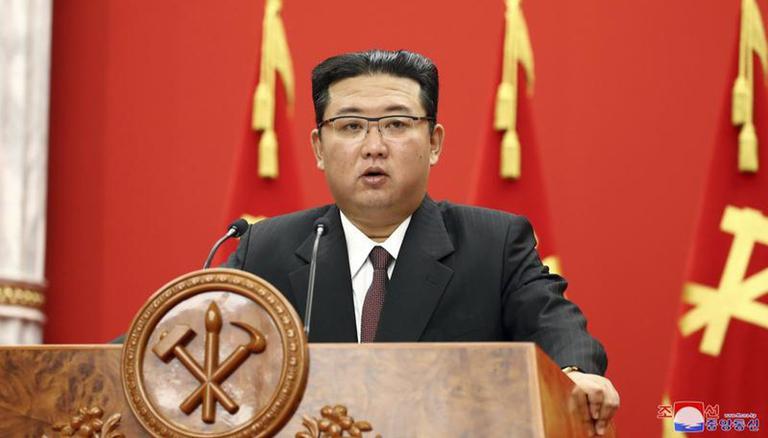 
Amid the looming food shortages due to the closure of the Sino-Korean border, and the suspension of trade with China since January 2020, North Korea’s autocratic leader Kim Jong-Un has asked the citizens to consume less food until 2025, Radio Free Asia reported on Wednesday. The bizarre order comes as the communist nation struggles with inflation in food prices due to the supply chain disruptions, unable to meet the demand of its citizens. DPRK’s (Democratic People's Republic of Korea) leader Kim Jong-un has told North Koreans that they will have to put up with the intense food shortage until 2025, and therefore must eat less for the next few years.

North Korea’s food shortage has hit an “emergency” and officials believe that the situation is expected to improve once the country reopens its borders with China in 2025. The food prices have reportedly skyrocketed without imports from China and prolonged gaps in the domestic food production within the country struggling to achieve food self-sufficiency for over decades.

“The continued sanctions and blockade on the DPRK, severe natural disasters that hit the country every year and the protracted world health crisis since 2020 are main obstacles to the Government’s efforts to achieve the sustainable development of the country and improve the people’s livelihood,” a recent Voluntary National Review for the United Nations stated.

In DPRK, people 'starving to death'

North Korea, which is largely cut off from the rest of the world, has its people starving to death as the hunger crisis has worsened over the past few months and is expected to plunge the country into a worse situation during the winters, reports have confirmed. Shutting borders with its largest trading partner Beijing has had a serious blow to the DPRK’s economy, and the country now faces inflation on food prices.

“Two weeks ago, they told the neighborhood watch unit meeting that our food emergency would continue until 2025. Authorities emphasized that the possibility of reopening customs between North Korea and China before 2025 was very slim," Radio Free Asia (RFA) quoted a North Korean resident as saying.

The man, who spoke on condition of anonymity due to security reasons went on to add, “The food situation right now is already clearly an emergency, and the people are struggling with shortages. When the authorities tell them that they need to conserve and consume less food until 2025, they can do nothing but feel great despair.”

Earlier last week, the UN’s Food and Agriculture Organisation in an official report projected that North Korea is facing 860,000 tons of food shortage, which can fulfil the demand for just two more months. It went on to add that about 40% of North Korea’s population is undernourished. North Korea Human Rights Watch report had also found earlier that there was "barely any food" going into North Korea from China for months, and many citizens at the border areas had succumbed to hunger. The agency had disclosed that North Korea’s prohibition of "free market" trade has led to a famine amid the COVID-19 pandemic worse than one that hit in the 1990s when the Soviet Union collapsed, and food supplies had hampered due to post-war North Korea's Stalinist economic system.

Admitting to the deepening economic crisis in his communist nation, North Korea’s leader Kim Jong-Un on Saturday had rung emergency alarms, declaring food shortages and had organised an "arduous march," a euphemism that North Koreans use to describe the disastrous famine in the 1990s that killed close to three million citizens.