President Vladimir Putin will host talks between the Armenian Prime Minister Nikol Pashinyan and Azerbaijan President Ilham Aliyev for the first time since Russia brokered ceasefire in the Nagorno-Karabakh region, Kremlin said in a statement. Azerbaijani and Armenian forces escalated a military conflict over the internationally recognised breakaway territory of Nagorno-Karabakh, geographically a part of Azerbaijan but ruled by ethnic Armenians. After three failed truce, Armenia’s prime minister and the presidents of Azerbaijan and Russia signed a joint declaration agreeing to the cessation of all hostilities and deploying Russian peacekeepers in the conflict region.

In the agreement between the two nations, Russia ordered that the territories held by the Armenian Party in the Gazakh District of the Azerbaijani Republic had to be ceded to the Azerbaijani Republic. Russian President Putin had instructed the peacekeeping contingent of the Russian Federation which included 1,960 Russian soldiers, 90 armoured personnel carriers, and 380 military vehicles and other special equipment to be deployed along the line of control between Armenia and Azerbaijan in Nagorno-Karabakh and along the Lachin Corridor.

Read: Russian Peacekeepers' Base In Nagorno-Karabakh

In the truce, Russia listed the peacekeeping contingent’s deployment for up to 5 years to monitor the ceasefire violations between the two countries. Furthermore, the terms of the agreement stated that the Azerbaijani Republic would guarantee the safety of traffic along the Lachin Corridor of persons, vehicles, and freight in both directions and will take back the refugees returning to the Nagorno-Karabakh territory. In the fresh talks, Russia aims to remove the economic blockade in the war zone and free the transportation links in the disputed region between the western regions of the Azerbaijani Republic and the Nakhchivan Autonomous Republic [Azerbaijan’s landlocked exclave], as mentioned in the truce terms and conditions.

Putin is expected to instruct the Units of the Russian Federal Security Service’s Border Service to guard the transport passage and all the economic and transportation links in the region following the meeting between the two nations. The agreement also listed the construction of new transportation links for connectivity of Azerbaijan with the Nakhchivan Autonomous Republic. 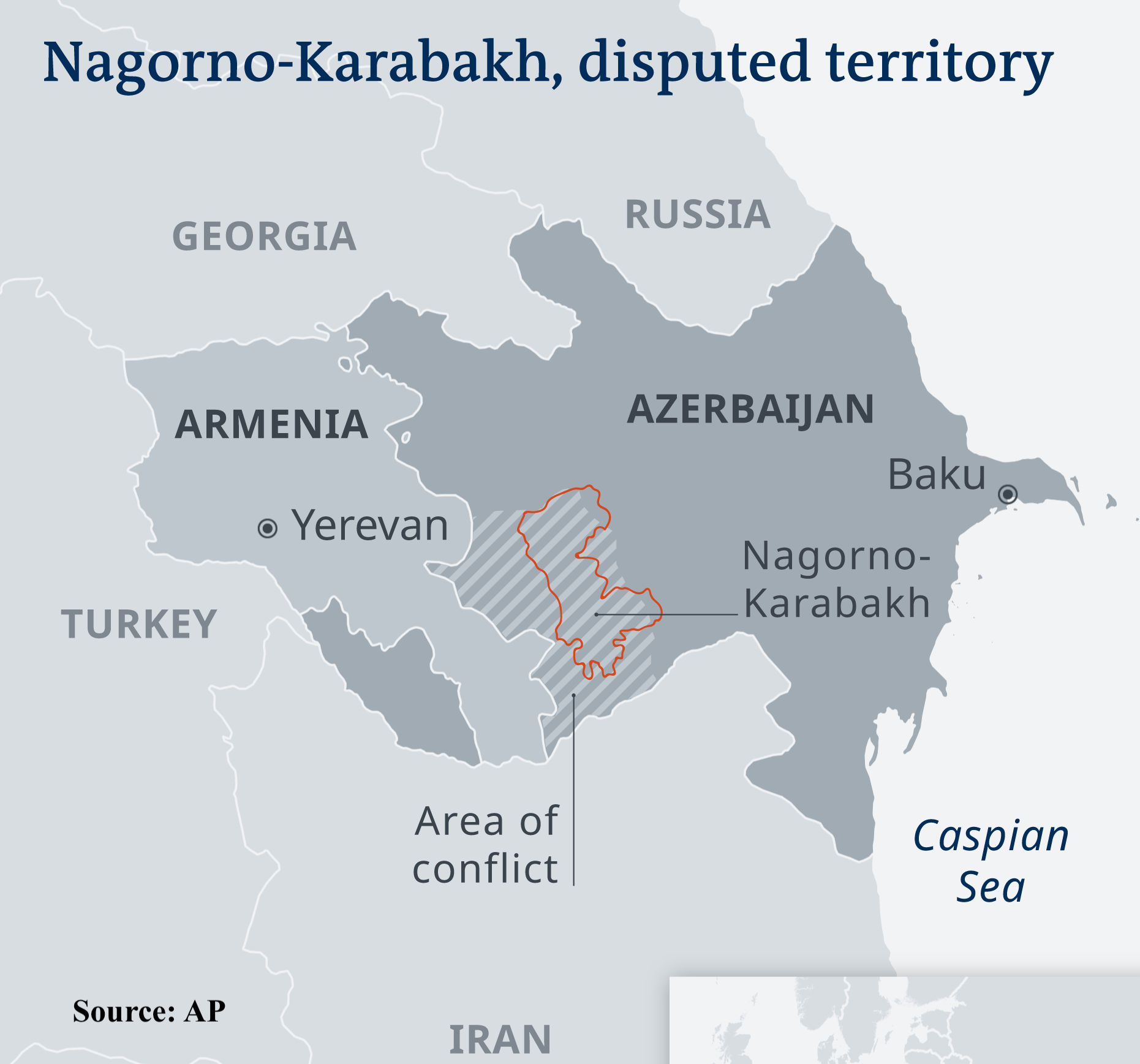 Read: Trump Says 'good Progress' Being Made On Armenia-Azerbaijan Deal Over Nagorno-Karabakh