In the video shared by Tiffanie Mckenzie, his mother, the toddler can be seen frolicking around drenched in rain for the first time mutters ‘wow’ in excitement.

Video of an 18-month-old baby shows him delighted and splashing in the rain for the first time amid bushfire crisis. The video was shot in Scone, New South Wales Hunter region, Australia and has brought smiles to netizens. In the video, shared online by his mother Tiffanie Mckenzie, the toddler can be seen frolicking around gleefully, drenched in rain muttering ‘wow’ in excitement.

Australia has been experiencing tough drought over the past few years reducing the countryside to forage with no trace of rainfall. And so, the little boy jumps in sheer joy as he hadn't seen the rainfall before. He can be seen flailing his hands in the rain and spattering in the puddle of water.

Boy’s experience in the rain “surreal”

The internet has claimed that they haven’t witnessed anything like this before. Many called the boy’s exultant experience in the rain as “surreal”. Mckenzie, the mother of the kid spoke to the media and stated that her son preferred playing in the hose, however, the family was on the tank water, so would not allow her son to loiter about it. She told international media that when she headed outdoor to remove the plants hearing the sound of the rain, he followed and stood in the downpour enjoying the experience for the first time. The mother, speaking to the media, said that Sunni clearly never had a chance to watch the rain before. She added that it had only mildly sprinkled past a few years 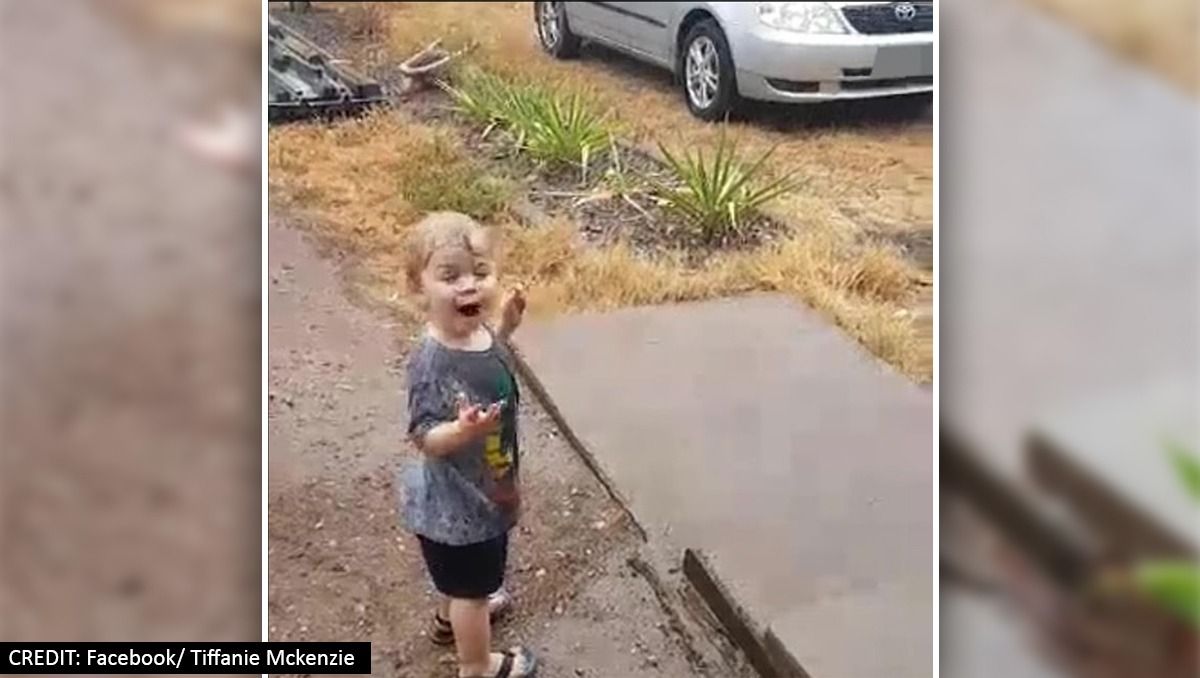 Rain relief from the smoke

According to the reports, 2019 had been Australia's driest and hottest on record. As per sources, the department warned of rain and thunderstorms sweeping across the state, this could pose a potential challenge for the firefighters trying to douse the 88 NSW blazes across Australia.  Rain fell across parts of bushfire-ravaged eastern Australia on Thursday and more wet weather was forecast, giving some relief following months of catastrophic blazes fuelled by climate change. The fires, unprecedented for Australia in terms of duration and intensity, have claimed 28 lives and killed an estimated billion animals. Sustained hot weather and only very rare periods of light rain in the affected areas have deepened the crisis.

Read Kim Kardashian Reveals What She Feeds Her Kids And Family; Hits Back At Trollers