French far-right presidential candidate Marine Le Pen warned Wednesday against sending any more weapons to Ukraine, and called for a rapprochement between NATO and Russia once Moscow’s war in Ukraine winds down. 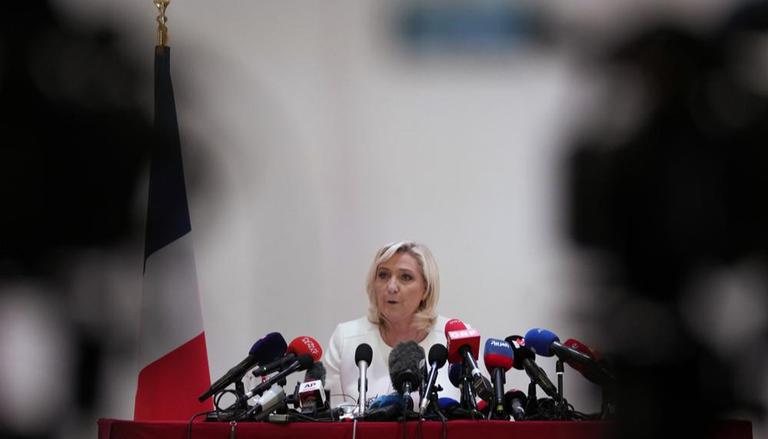 
French far-right presidential candidate Marine Le Pen warned Wednesday against sending any more weapons to Ukraine, and called for a rapprochement between NATO and Russia once Moscow’s war in Ukraine winds down.

Le Pen, an outspoken nationalist who has long ties to Russia, also confirmed that if she unseats President Emmanuel Macron in France’s April 24 presidential runoff, she will pull France out of NATO’s military command and dial back French support for the whole European Union.

Macron, a pro-EU centrist, is facing a harder-than-expected fight to stay in power, in part because the economic impact of the war is hitting poor households the hardest. France’s European partners are worried that a possible Le Pen presidency could undermine Western unity as the U.S. and Europe seek to support Ukraine and end Russia’s ruinous war on its neighbor.

Asked about military aid to Ukraine, Le Pen said she would continue defense and intelligence support.

“(But) I’m more reserved about direct arms deliveries. Why? Because ... the line is thin between aid and becoming a co-belligerent,” the far-right leader said, citing concerns about an “escalation of this conflict that could bring a whole number of countries into a military commitment.”

Earlier Wednesday, French government spokesman Gabriel Attal said France had sent 100 million euros ($109 million) worth of weapons to Ukraine in recent weeks as part of a flow of Western arms .

Earlier in his term, Macron had tried to reach out to Russian President Vladimir Putin to improve Russia’s relations with the West, and Macron met with Putin weeks before the Russian invasion in an unsuccessful effort to prevent it. Since then, however, France has supported EU sanctions against Moscow and has offered sustained support to Ukraine.

And despite the atrocities that Russian troops have committed in Ukraine, Le Pen said that NATO should seek a “strategic rapprochement” with Russia once the war is over. Such a relationship would be “in the interest of France and Europe and I think even of the United States,” she said, to stop Russia from forging a stronger alliance with world power China.

She did not directly address the horrors unfolding in Ukraine.

Le Pen was speaking at a press conference Wednesday to lay out her foreign policy plans, which include halting aid to African countries unless they take back “undesirable” migrants seeking entry to France. She also wants to slash support for international efforts to improve women’s reproductive health in poor countries, increase minority rights or solve environmental problems.

At the end of the event, protesters held up a poster showing a 2017 meeting between Le Pen and Putin. One activist was pulled out of the room. Anti-racism protesters also held a small demonstration outside.