The Buxton Police dyed the blue lagoon in black at Hurpy Hill to stop UK's social media butterflies from thronging to the place amid the coronavirus lockdown.

To prevent tourists from hovering around certain picturesque places in the country, the United Kingdom government came up with a unique and peculiar idea of dyeing the usually turquoise blue water of a Peak District beauty spot black, to stop tourists from visiting that place. The Buxton Police dyed the Blue Lagoon in Hurpy Hill, outskirts of Buxtar, in black colour to stop UK's social media butterflies from thronging to the place amid the lockdown to avoid the contamination of the deadly disease.

Despite the increasing number of positive cases in the UK and the latest one being the PM Boris Johnson, who was continuously urging people to stay indoors, police officials reportedly said that people were not following the rules and lockdown strictly, and reports were received that citizens were still spotted visiting the place in groups.

The Buxton Police reported about the same on their Facebook page where they shared pictures of the amazing picturesque landscape."Yesterday we received reports that people were congregating at the ‘Blue Lagoon’ in Harpur Hill, Buxton. No doubt this is due to the picturesque location and the lovely weather (for once!) in Buxton," adding, "However, as things stand, it has never been so important to discourage these types of gatherings, they captioned the pictures on the social networking site.

Seeing the number of people visiting the place despite the lockdown, the government was forced the officers to pour black water dye into the honey pot pool to make the water look less attractive. As soon as the official account of the  Buxton Police shared the pictures on Facebook, people stormed the comment section and applauded the efforts of the police for taking an action against people who refused to listen to the guidelines proposed by the government. 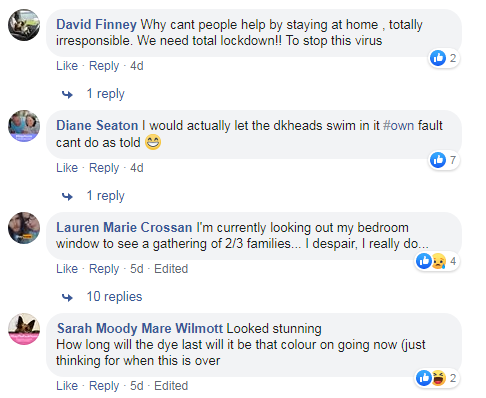 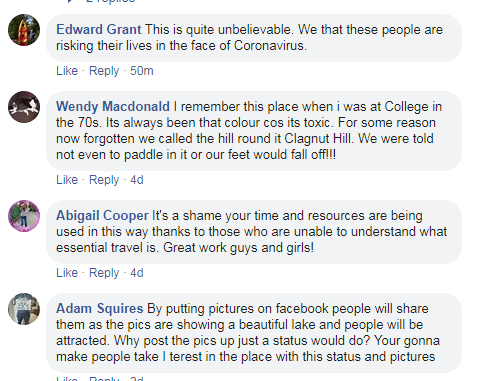 One of the users echoed the same sentiments and wrote that the next step to stop people from stepping out of the house is by burning public parks, bridges where people still go despite the lockdown. Another user called out at all the citizens for not getting confide to their house and called their behaviour highly irresponsible. A third user who had a hilarious take on the situation urged the officials to let the offenders swim and die as a result of not following the guidelines.