Biden, on Tuesday, initially set out to congratulate Rishi Sunak on becoming the new PM of the UK, but he ended up mispronouncing the name of the Tory leader. 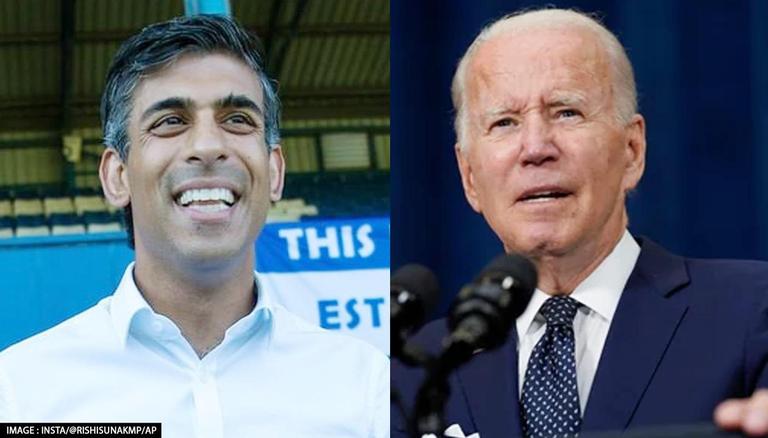 
US President Joe Biden is no stranger to making gaffes. While he initially set out to congratulate Rishi Sunak on becoming the new prime minister of the United Kingdom on Tuesday, Biden ended up mispronouncing the name of the British leader, who has Indian roots.

At the Diwali event held at the White House, Biden referred to the new Tory leader as what sounded like “Rashee Sanook,” which inevitably sparked a laughing riot on the internet. "We've got news that Rashi Sanook [Rishi Sunak] is now the prime minister," Biden said. "As my brother would say, go figure,” he added.

On Tuesday, Sunak was officially appointed to the post of UK’s prime minister, after he met King Charles III at Buckingham Palace. In his first public address as premier, he said that he will "unite our country not with words but with action." "I have been made the leader of the party and your prime minister, in part, to fix them, and that work begins now," he asserted.

His name is Rishi Sunak. pic.twitter.com/quCHTyv2z0

Internet users were quick to respond to Biden's gaffe, with some casually brushing it off, and others claiming that it was racially motivated. "Give him a break, people in the UK are finding it hard to keep up with who the current PM is..." one user said. "Racial undertones here. He could have taken a few minutes to learn how to pronounce RISHI SUNAK. Or was it deliberate? His mocking smile and laughter from his audience says it all!" another Twitter user added.

This isn’t the first time that Biden has received ridicule online. Recently, a video of him looking confused as he walked in the wrong direction in his White House garden went viral, with internet users mocking him and attributing his inability to navigate to his old age.