US President Joe Biden appeared to have forgotten the direction he was supposed to head to as he walked on the South Lawn of the White House on Monday. 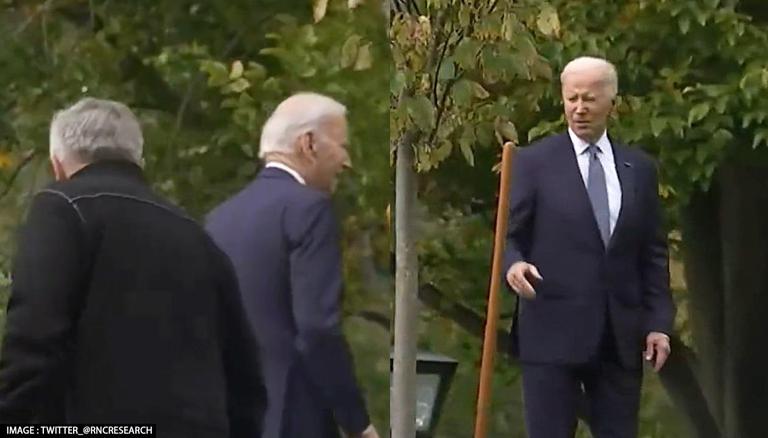 
US President Joe Biden seemed to have forgotten the direction he was supposed to head to as he walked on the South Lawn of the White House on Monday. The president appeared confused during a tree-planting ceremony on the lush green land, and was helped by staffers who helped him move in the correct direction.

The incident quickly went viral on social media, where some internet users ridiculed the 79-year-old, and others expressed genuine concern. A video shared on Twitter by RNC Research, a page operated by the Republican National Committee, displayed Biden walking towards the end of the lawn before doing a 180 and asking one of the staffers, “Where are we going?” The staffers are then seen showing Biden the right way, to which the leader asks- “What if I want to go that way?”

“You can do whatever you want,” another staffer says. “Yeah, I notice how much freedom I have,” Biden quipped before walking towards the White House with First Lady Jill Biden.

Internet reacts to Biden getting lost in White House garden

The video, which has garnered more than 147,000 views, sparked reactions from dozens of internet users. “Imagine the possibilities if the Secret Service just let him keep going the first time. This is sad!” one user wrote. “The Secret Service really needs one of these,” another user mocked Biden by attaching an image of a leash.

However, this isn’t the first time that the US President’s occasional state of confusion has sparked a laughing riot on social media. Just last week, Biden looked puzzled as he tried to figure out the exit while standing on a stage. In another instance last week, Biden seemed to zone out in the middle of a conversation with MSNBC journalist Jonathan Capehart. “Mr. President —,” Capehart said after a question he asked the president was followed by a long pause.