After the Former US Prez Obama released a list of his favourite songs from 2019, Americans have started to search 'Prateek Khuad' as he featured on his list.

Former US President Barack Obama released a list of his favourite songs from 2019 and it includes the very popular Prateek Kuhad's Cold/Mess song after which Americans furiously started searching for him on Google to find out more about him. Kuhad took to his Twitter handle and reacted with 'Oh My God' emoji seeing Barack Obama's list. He also wrote that he is 'totally flipping out' and thanked him for the honour. 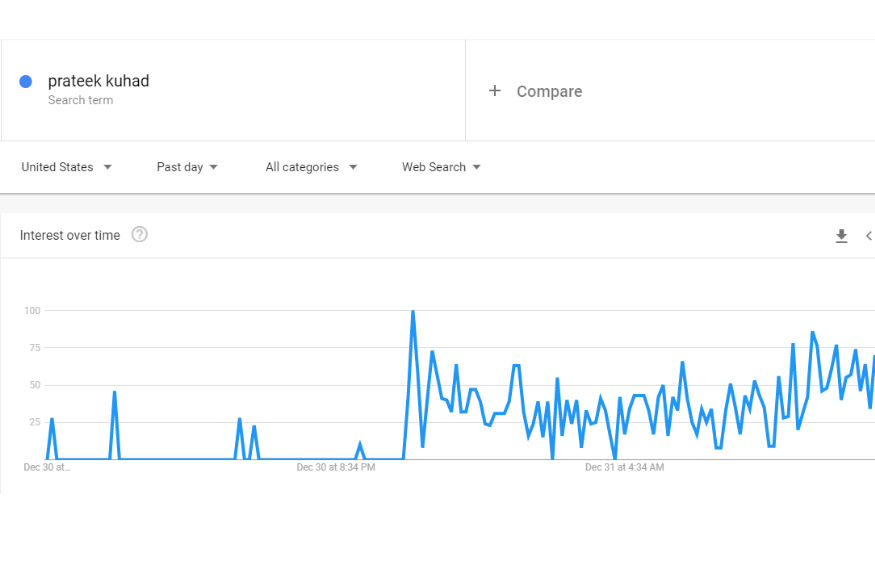 The other famous songs of Kuhad are Raat Raazi, In Tokens and Charms, a deluxe edition of In Tokens and Charms, and Cold/Mess. He has also lent his voice to film songs — Kho Gaye Hum Kahan and Saasein. The list had over thirty songs and also included Indian singer Prateek Kuhad’s Cold/Mess. The list further includes songs from international pop stars like Lil Nas X and Billy Ray Cyrus’ Old Town Road and domestic hits like Big Thief’s Not. The diverse list further had songs form stars like Frank Ocean, Rosalía, Solange, the National, and DaBaby.

From hip-hop to country to The Boss, here are my songs of the year. If you’re looking for something to keep you company on a long drive or help you turn up a workout, I hope there’s a track or two in here that does the trick. pic.twitter.com/mQ2VssyDwt

READ: Prateek Kuhad Is 'Flipping Out' As 'Cold Mess' Makes It To Obama's Songs Of The Year List

Meanwhile, Prateek Kuhad could not believe that his song made it to the former President's profound playlist. He mentioned in a Twitter feed that he is in absolute awe. He also thanked Barack Obama in his Tweet for making this the highlight for him in 2019.

This just happened and I don’t think I’ll sleep tonight. Totally flipping out. I have no idea how cold/mess even reached him but thank you @barackobama, thank you universe 🙂 I didn’t think 2019 could’ve gotten better, but damn was I wrong. What an honour. https://t.co/zwaJFIQLmC

This is so cool. Congratulations buddy. 👍🤗

Credit where credit is due: @prateekkuhad

PRATEEK KUHAD MADE IT TO BARAK OBAMA'S FAVORITE MUSIC OF 2019 SCREAMINGGGGGG pic.twitter.com/O4fQm089uo

Hsajajbxj kk PRATEEK KUHAD IS ON THE LIST. AH SEE what all you achieve when you don't let #Bollywood reach you. 🙈
Ah but so stoked for @prateekkuhad. His heart must really be a mess again. https://t.co/ouZXSVuJau

READ: 3 Years In, No Sign Of Trump's Replacement For Obamacare