Homeless man, Juan Sebastian dies with dog by his side, weeps and pats it before death in Florida, US. The man was attacked while he was sleeping in a park.

A homeless man, who was viciously beaten while he was sleeping in a park two weeks ago, succumbed to injuries with his loyal dog by his side. 69-year-old Juan Sebastian from Arcadia, Florida reportedly died from serious brain trauma following the unprovoked attack. In his last moments, he wept as his pet dog cuddled beside him, hinting at the unconditional bond they both shared.

Bond beyond the world

Following the attack, the 69-year-old was taken to the hospital in a critical condition wherein his loyal dog, Cheeto always remained by his side. During his last moments, Juan wept as Cheeto laid its head on his hand while he was taking his last breaths. Juan also managed to give Cheeto a goodbye pat. 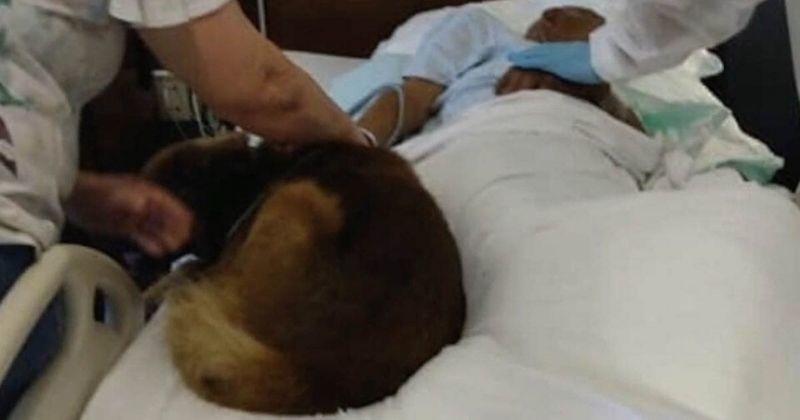 Tammy Ramos who had known Juan for the past ten years said that though he never regained consciousness, she always thought he was there because whenever she would talk to him, he would squeeze her hand and his blood pressure would shoot up.  Recalling his last moments she said that they brought the dog up to the hospital and laid him on the bed. Cheeto then laid his head on Juan’s hand and tears started rolling down Juan’s eyes. Juan, also known as can man, was a known personality in his homeless community in the US. People often saw him with his trolly filled with cans, accompanied by Cheeto.

A concerned Ramos said that the killers are still at loose. She added that if they aren’t caught, it will happen again. The homeless community the ones that she dealt with were mostly senior citizens and they are vulnerable. Cheetos has now been adopted by a woman who chose to be anonymous.

Meanwhile, in the UK, security staff from a shopping centre are being labelled as 'disgusting' by people after footage emerged of them manhandling a homeless man while restraining him near a shopping centre. The video shows at least three security officials pinning down one homeless man while he screamed that the security officials broke his arm. Many people expressed their disgust online.