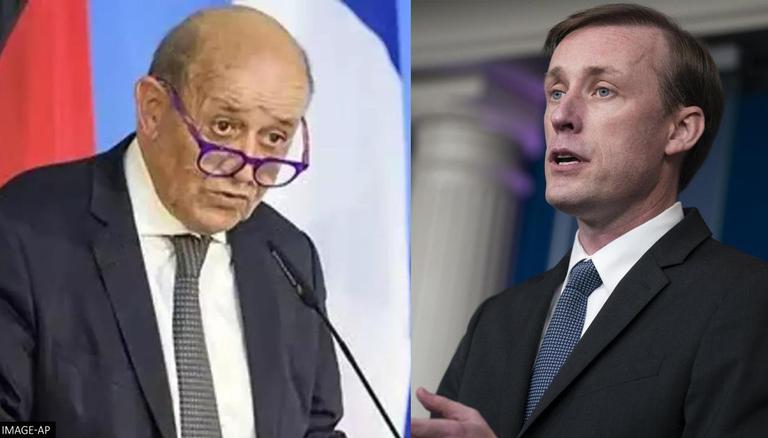 
United States National Security Adviser Jake Sullivan on September 30 (local time) met with the French Ambassador Philippe Etienne at White House after the envoy returned to Washington. According to the official statement from the National Security Council spokesperson Emily Horne, Sullivan and Etienne’s meeting was in line with the commitment US President Joe Biden and his French counterpart Emmanuel Macron showcased in the September 22 phonecall.

In the telephonic conversation, Macron and Biden spoke about kickstarting the process of in-depth consultations on a range of strategic matters in a bid to create “the conditions for ensuring confidence and propose concrete measures toward common objectives.” In the meeting on Thursday, the White House National Security Adviser welcomed the plan of the French envoy to meet with the officials across the US government to continue advancing the shared agenda of both nations before Biden and Macron are set to meet at the end of October.

Sullivan met with the French Ambassador to the US in the backdrop of tensions triggered by the announcement of a trilateral security partnership between Australia, the UK, and the US — AUKUS. Following the announcement last month, France reacted sharply to the cancellation of its billion-dollar agreement with Australia for 12 conventionally powered submarines because, under AUKUS, Canberra would get nuclear submarines from Washington. France had even recalled its envoys from the US and Australia for ‘consultations.’

Important meeting w/ @JakeSullivan46 on the implementation of the joint statement by our Presidents to develop a common strategic agenda including on supporting 🇫🇷🇪🇺engagement in the Indo-Pacific, a stronger 🇪🇺 defense and the🇺🇸🇪🇺fight against terrorism. pic.twitter.com/QhfTcCDQQS

France and US seek to mend ties

Amid the AUKUS row, France and the United States have sought to mend ties. Macron and Biden spoke for 30 minutes on Wednesday, September 22 and agreed to find a way forward. The US even acknowledged that the situation would have benefitted from “open consultations” and France, in return, agreed to send its ambassador back to Washington. In a joint statement after the phone call last month, the US and French presidents said that they would “open a process of in-depth consultations, aimed at creating the conditions for ensuring confidence."

Meanwhile, as per the BBC report, experts have described AUKUS as probably one of the most significant security arrangements between the three nations since World War II. But, French Foreign Minister Jean-Yves Le Drian described it as a “stab in the back” after the deal cost Paris billions of dollars.