'Nation First, Marriage After': Decked-up Groom Shows Up To Vote In Delhi Elections

With the Delhi Assembly elections underway, a bridegroom also arrived to cast his vote with his family at the polling booth in Lakshmi Nagar

With the Delhi Assembly elections underway, a bridegroom also arrived to cast his vote with his family at the polling booth in MCD primary school in Lakshmi Nagar constituency in Shakarpur. The young man, Dhananjay, is getting married on Saturday and he said that that first, he will fulfill his responsibility towards the nation and then will proceed for his wedding.

Voting underway in Delhi, visuals from a polling booth in MCD primary school in Shakarpur. A bridegroom also cast his vote with his family. #DelhiElections2020 pic.twitter.com/KiUvTfhFw6 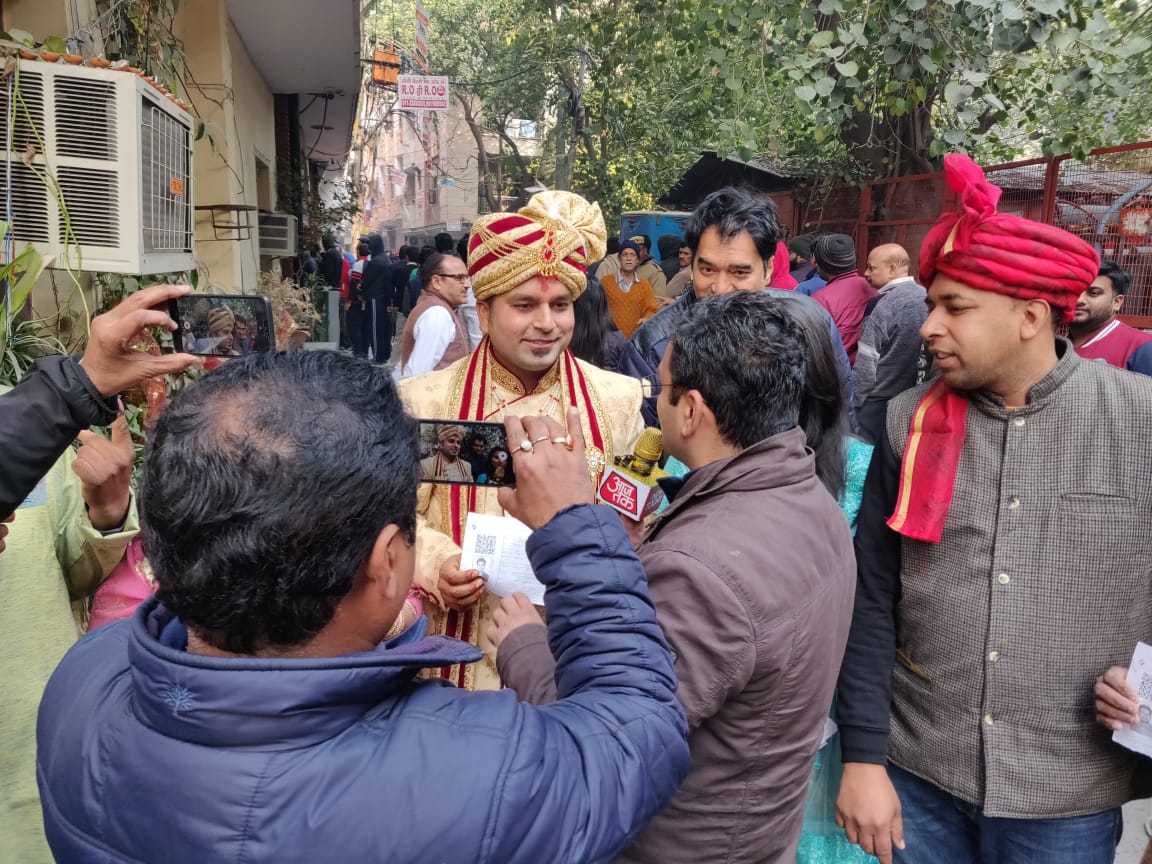 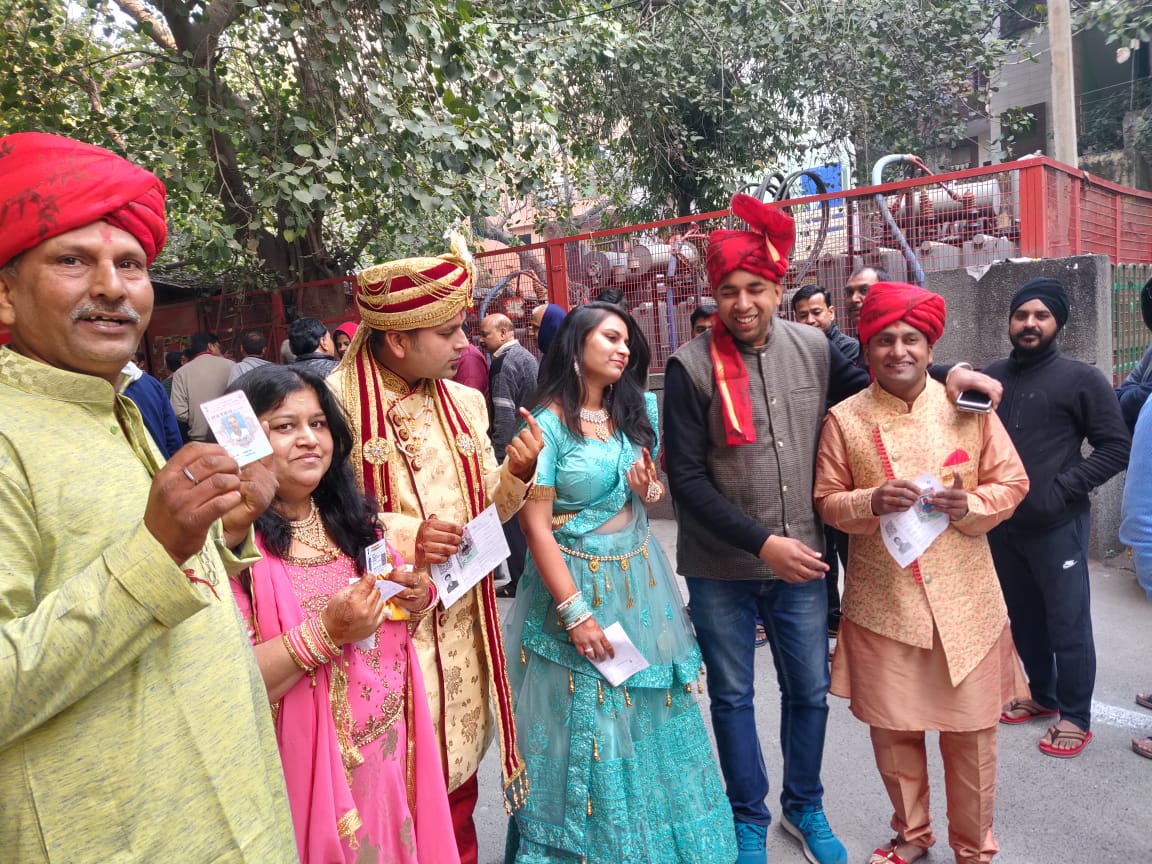 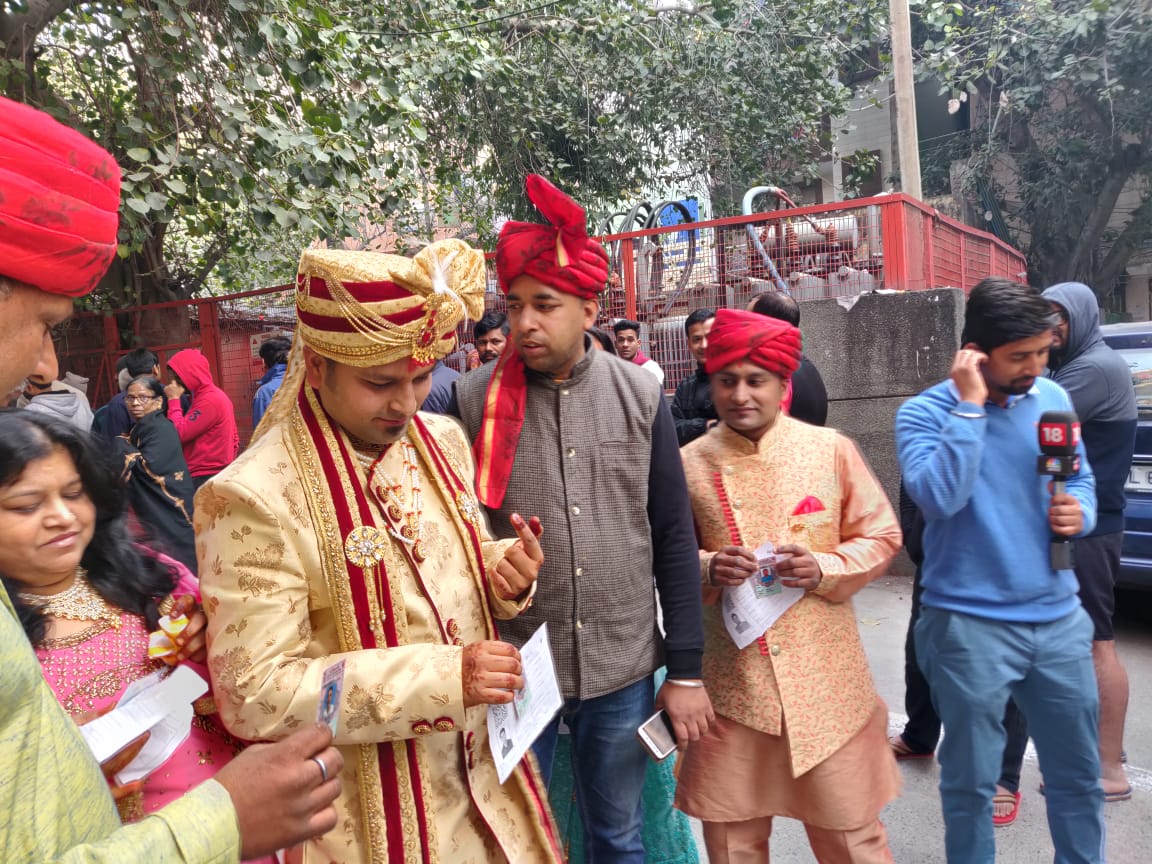 READ | Delhi Elections: Gambhir Urges All To Participate In The 'biggest Festival Of Democracy'

The polling for the 70-member Delhi Assembly got underway on Saturday morning, after the ruling AAP, opposition BJP and the Congress engaged in a bitterly fought high-octane campaign. Over 1.47 crore people are eligible to exercise their franchise in the polls that will decide the fate of 672 candidates. The polling began at 8 am and will end at 6 pm.

The Aam Aadmi Party is hoping to repeat its stellar performance of the last assembly polls when it won 67 of the 70 seats. The Bharatiya Janata Party, which bagged all the seven seats in Delhi in the 2019 Lok Sabha poll, is aiming to dislodge the AAP, while the Congress is seeking to better its performance as compared to 2015 when it drew a blank in the assembly polls. The AAP had got 54.3 per cent votes in the 2015 polls, while the BJP secured 32 per cent and the Congress bagged just 9.6 per cent. Counting of votes will take place on Tuesday.