Aamir Khan was snapped after his controversial visit to Turkey a month back. Tiger Shroff-Disha Patani, Kareena Kapoor Khan-Taimur stepped out in Mumbai.

The world is gradually returning to normalcy amid the COVID-19 pandemic. And that is also the case with the film industry, as shootings have resumed. With stars stepping out again, the hustle and bustle of the paparazzi have also returned and this was evident with Aamir Khan, Tiger Shroff -Disha Patani, Kareena Kapoor Khan-Taimur Ali Khan being clicked in Mumbai on Sunday.

Aamir Khan was apparently spotted for the first time after his controversial visit to Turkey for the shooting of Laal Singh Chaddha. The actor’s meeting, on Independence Day, with Turkish First Lady Emine Erdogan had sparked a row, amid the country’s equations with Pakistan and stance on the abrogation of Article 370. The Rang De Basanti star kept it casual in T-shirt and track pants and glasses above his mask as paparazzi snapped him in Bandra.

Ok so he is back from Turkey #aamirkhan

Tiger Shroff and Disha Patani played hide-and-seek with the media as they were clicked in their car in Bandra. The rumoured couple were seen laughing inside the car, and only Tiger then posed for the shutterbugs, dressed in all black casuals. READ: 'Aamir Khan Must Be Quarantined At Govt Hostel On Return From Turkey': Subramanian Swamy

Kareena and her son Taimur were snapped on arrival at her sister Karisma Kapoor’s house. The mom-to-be wore a loose-fitting dress, while the little one looked cute with shirt tucked in and jeans. 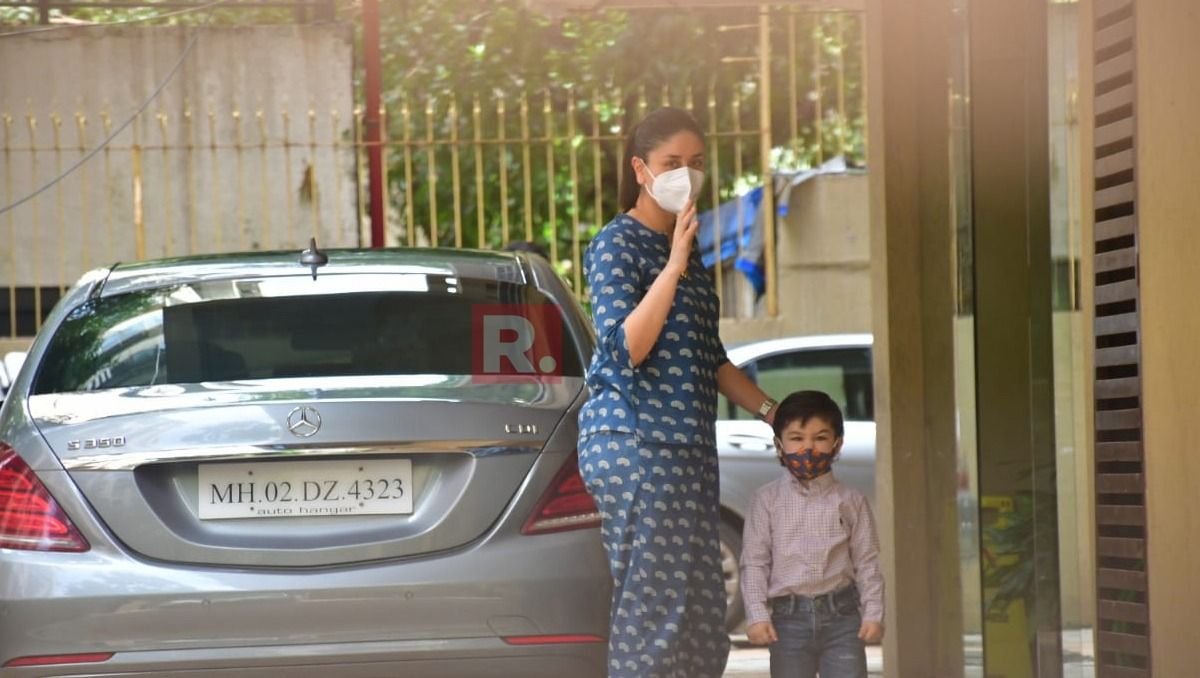 What’s up for the stars?

Aamir has been fully engrossed with the shooting of Laal Singh Chaddha, with schedules in Chandigarh and Turkey. The movie was earlier set to release on Christmas 2020, but is likely to pushed ahead as theatres have not reopened yet. Kareena is also one of the leads and the 3 Idiots pair is romantically linked in this film too.

Tiger Shroff is set to release his first song as a singer, titled Unbelievable. The teaser had received love ahead of the impending full song launch. Disha Patani is working on the Salman Khan-starrer Radhe: Your Most Wanted, and reports claim that the film, which was earlier set to release on Eid, is likely to resume soon.

WE RECOMMEND
1 week ago
Aamir Khan thanks Ministry of Jal Shakti for recognising 'Paani Foundation's efforts
6 days ago
Turkey, Greece signal willingness to talk after weeks of standoff in eastern Mediterranean
6 days ago
Several hurt as sandstorm blasts Turkey capital
1 week ago
Faisal Khan says brother Aamir Khan did not help financially or creatively in 'Faactory'
1 month ago
'Aamir Khan must be quarantined at govt hostel on return from Turkey': Subramanian Swamy