Abhay Deol took to social media to reveal the condition he is in, while he stays in California. Read further ahead to know more about what the actor had to say.

Abhay Deol recently took to Instagram to post a couple of pictures of himself amid the ongoing California fires. He mentioned that while he was enjoying the weather their things soon changed. Thus highlighting this aspect, the actor posted a selfie. Abhay Deol was seen wearing a scarf and a pair of shades in the first picture of the post. In the second picture, however, he wore the scarf as his face mask and posed for the camera with it. People were generally surprised to know that Abhay Deol is in California during this time and thus commented about the same.

Taking to Instagram the actor wrote about how things are constantly changing in terms of weather in the place where he is. He captioned the image mentioning that usually, it is always sunny in California, however, the wind changed its direction. Further,  Abhay Deol added that after the wind changed the direction all they got was smoke in the air which was a result of the ongoing California fires. The actor seemed quite sad about the condition the state is facing and thus expressed his feelings through the post. In continuation, he also wrote that he has been using his scarf as a mask during this time for the selfie. 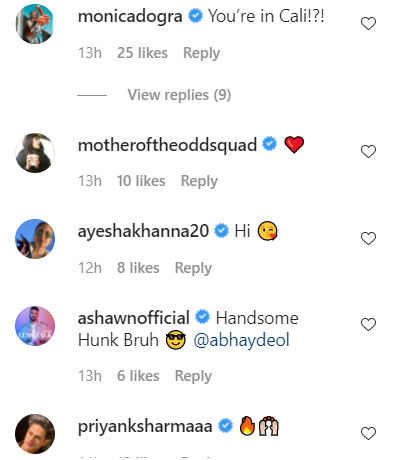 Fans of the actor were concerned for Abhay Deol and were shocked to know that he is living in California. Several prominent personalities commented on the post uploaded by the actor. They commented on his good looks and also dropped a few emojis in the comments section. On the work front, Abhay Deol has a number of projects lined up for him for which fans are quite excited.

He will be seen first in a Tamil film directed by Mithran PS. The film has been titled Siva Karthikeyan Shakthi and fans of the actor are quite excited to watch it. Besides that, he will also be seen in the Safar Ballary directed film, Jungle Cry. Abhay Deol will be seen playing the lead role in this film and thus fans are eager to watch him onscreen again.