A young Abhishek and Shweta Bachchan had joined Amitabh Bachchan on stage at a concert in 1981. Abhishek shared the video and an anecdote that impressed celebs.

Amitabh Bachchan was at the peak of his superstardom in the wake of his ‘Angry Young Man’ phase and numerous blockbusters in the ‘70s. The actor used this popularity to good effect by building on his brand value at that time. One of the highlights of this phase was how the veteran started the trend of actors performing at shows, something only singers would do till then.

READ: 'Will Always Remember How You Made Me Feel': Abhishek Bachchan Mourns Rishi Kapoor's Death

Abhishek Bachchan went back in time on ‘Flashback Friday’ to share a video from one of those shows in 1981. In the video, Big B is seen introducing a five-year-old Abhishek and 10-year-old Shweta to the audience to cheers. The duo then say 'hello' to the audience.

Abhishek wrote an interesting anecdote to the video, sharing how he had fond memories of spending time with his father’s co-stars and veteran music composers Kalyanji-Anandji and their orchestra helmed by Viju Shah. The Guru star recalled the rehearsals, sound checks and post-show dinners with the crew, and relishing Gujarati food prepared by the relatives of the organisers in the suites.

AB Jr also shared how a ‘very young, relatively unknown (then) and upcoming stand-up comic’ would entertain fans and continue till the time they departed in the flight. The artist was none other than Johnny Lever.

#flashbackfriday In 1981, my father started the trend of film actors from India doing shows on stage and performing to their songs. Before that, only playback singers did so. I have so many memories of being on the road with him, his co-stars and the immense Kalyanji and Anandji and their 40 piece orchestra helmed by a young and upcoming Viju Shah ( Kalyan ji's son and future Music Director of huge fame). The rehearsals, sound checks, post show dinners in my parents suite in the middle of the night where tiffin's of Gujju food ( lovingly prepared by relatives and friends of the organisers or crew members locally in whichever city they were performing in) would be served to the entire cast and musicians and everyone would discuss the show and how it went whilst a very young, relatively unknown (then) and upcoming stand-up comic would enthrall everyone for hours on end with his mimicry and comedy till it was morning and time to leave for the airport to take the flight to the next city. His name was Johnny Lever! On the flight everybody would take over the economy class, fold forward all the seats to make a huge à¤—à¤¦à¥à¤¦à¤¾ like setting and the musicians, singers and dad would sing and jam and maybe create a new song to be performed later that night at the next venue. This routine went on 3 days straight. I doubt they must have slept for a collective 2 hours over those weekends. Functioning purely on adrenaline! Rest during the week and the routine would resume from Friday, again. What times! As a child standing in the wings looking at the show in awe and wonderment. Not realising at that time the legends that I was blessed to witness perform live. Secretly imagining myself on that stage once I grew up. As you can see from this video, my sister couldn't wait to get off the stage and all I wanted to do was stick around. Thank you @mosessapir for sourcing out this video. It brought back such wonderful memories. @amitabhbachchan @shwetabachchan

READ:Rishi Kapoor's Death: Abhishek Bachchan And Other Family Friends Arrive At The Funeral

Abhishek also shared that all members of the crew would create a ‘gadda’ in the economy class of the flight and jam and create a new song for the next performance. He added that this used to be routine throughout the weekend where people would sleep for only two hours, but then rest throughout the week.

Abhishek termed it as ‘what times’ and called himself ‘blessed’ to witness legends in ‘awe and wonderment’. He also stated how it sparked a dream in him to perform on the stage he grew up on,. He also quipped how his sister running away immediately and him sticking around the stage, displayed their performance aspirations.

Hrithik Roshan was among the stars who termed it ‘amazing’. At the same time, Shweta also recalled the incident well. 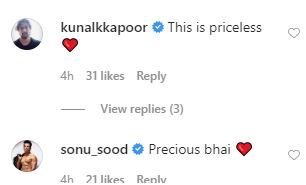 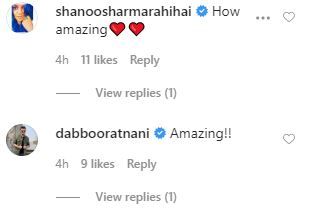 Some days ago, Abhishek had shared a similar account of his own first performance with his father in another ‘Flashback Friday’ post.

#FlashbackFriday My 1st ever stage performance after becoming an actor. Got to share it with a pretty cool dude! This was for the "Help" telethon which was done to raise money to help all the victims of the devastating tsunami which occurred on December 26th 2004. This huge enterprise of getting the entire Hindi film industry together ( a Herculean task) was spearheaded by @duttsanjay . And although I was slated to make my debut stage performance in Amsterdam for the IIFA awards later in the year, I just couldn't say no to the cause and Sanju sir. Both dad and I performed to a mix/ medley of his song à¤°à¤‚à¤— à¤¬à¤°à¤¸à¥‡ and "one love" a track I had done as a cameo in my dear friend @suniel.shetty film Rakth. The show took place in early February 2005. Both dad and I were shooting for "Kajra re" with Aishwarya for Bunty aur Babli. I would shoot the song all day from 9am to 10pm and then drive to the concert venue and rehearse all night. I even spent my birthday shooting Kajra re ( but that is a different story, reserved for another Friday). At night, after the shoot I remember when I reached the venue for my rehearsal all the lights were off!!! Thinking that I had made a mistake and showed up to rehearse when there wasn't any.... Suddenly all the stage lights came on and all the dancers, Ganesh Hegde the choreographer, stage hands and technical staff surprised me! Then Sanju sir and @walia_bunty ( he was one of the organisers) rolled out a huge cake and a birthday present for me. They all sang and managed to embarrass me to bits! What fun. Good times!