Abhishek Bachchan posts a picture of the first day of his shoot, as he starts shooting for his upcoming film Bob Biswas. Check out the picture and read on here

Remember the creepy killer Bob Biswas from the movie Kahaani? Actor Abhishek Bachchan has been roped in to play the role of Bob Biswas in a spin-off film based on Kahaani.

Abhishek Bachchan took to his social media account to announce that he has started shooting for the film. He had revealed the news about the movie last year and had also revealed that the movie Bob Biswas will be produced by Red Chillies Entertainment. 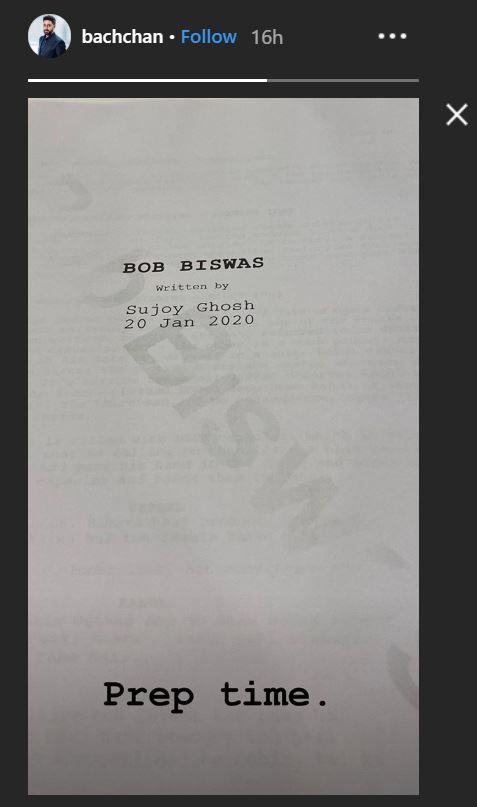 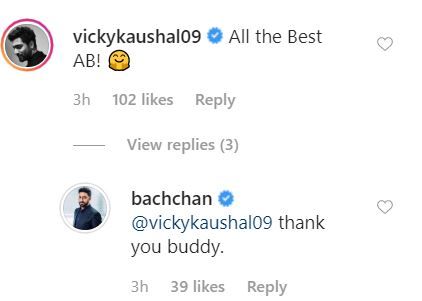 Raazi actor Vicky Kaushal wished his Manmarziyaan co-star all the best for his new venture. Abhishek Bachchan thanked Vicky for the sweet gesture on his social media as well. Director Farah Khan also had a funny way to wish Abhishek Bachchan. In the post, she wrote, ‘kill it.. literally’ after wishing Bachchan good luck. Anupam Kher also extended warm wishes to the actor.

Wow the thrill has been started.. Very happy to saw this.. AB.. Best of Luck for this new journey.. my wishes with u always . C'monn AB.. 💪 @juniorbachchan #ABcrew #BobBiswas @sujoy_g 👍 pic.twitter.com/P0MnrhS5dy

Fans of Abhishek Bachchan are excited to hear that the filming of the film has already begun. Many netizens congratulated the actor and extended their warm wishes to him. Some stated that this is a big year for the star as well as his fans, as Abhishekh Bachchan will be seen in two other movies- The Big Bull and Ludo.

ALSO READ: Abhishek Bachchan To Star In 'Bob Biswas' - Here Are The Details Of The Movie