Aditya Roy Kapur Spotted Zooming Around In The City On His Bike. See Pictures

Aditya Roy Kapur is currently on cloud nine after his latest release 'Malang'.The actor was recently seen enjoying a ride on his bike. Read more to see pictures

Aditya Roy Kapur who has been making headlines for all the right reasons was recently spotted at Carter Road, Bandra in Mumbai while zooming around in his bike. The actor has been garnering a well-deserved response from the audience and critics for his stellar performance in the Mohit Suri directorial 'Malang'. The ensemble thriller also starred Anil Kapoor, Kunal Kemmu and Disha Patani in key roles.

Aditya Roy Kapur was spotted on his Royal Enfield as he rode around the city. He was seen wearing a casual blue t-shirt with a round neck. He was carrying a backpack and wore a black helmet. He paired his blue t-shirt with black shorts. The actor completed his look with white trainers. The actor smiled for the cameras as he was seen enjoying his ride. He also waved at the cameras as he strolled around. 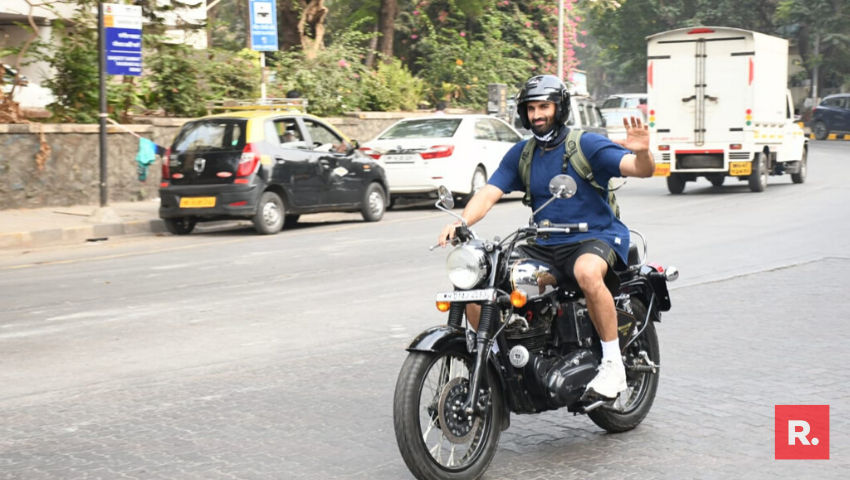 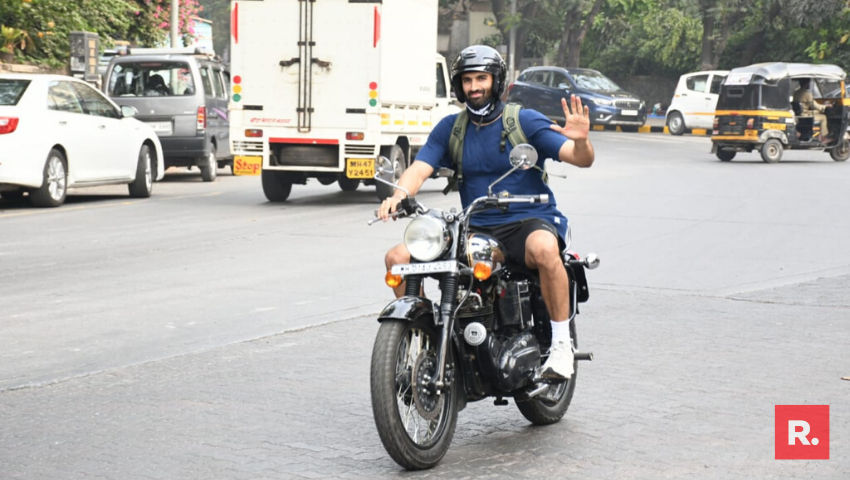 Recently Salman Khan was also spotted strolling on his bike

Aditya Roy Kapur was recently seen in Malang and he recieve rave reviews from the fans and critics alike. The film has earned ₹6.71 Crores on Friday, ₹8.89 Crores on Saturday, ₹9.76 Crores on Sunday, and ₹4.04 Crores on Monday. Thus, minting a total of ₹29.40 Crores so far.