Aditya Roy Kapur recently took to Instagram to share a picture of him doing some productivity during the lockdown. Varun and Arjun leave hilarious comments.

Actor Aditya Roy Kapur recently took to Instagram to share a picture of him doing some productivity during the lockdown due to the Coronavirus outbreak. In the picture, the actor is seen cleaning his garden as he drives away all the dried leaves with the broom.

Along with the picture, the Malang actor wrote telling his fans that this is his ‘plan b.’ Check out the picture below.

As soon as he posted the picture on his Instagram handle, his friends and fans left several comments on his comment section. Among them were his close friends, Varun Dhawan and Arjun Kapoor who also commented on the picture.

Arjun Kapoor left a quirky comment on his post by saying ‘he emerges’; fans are guessing Arjun’s comment might be that he has not posted anything for quite some time. While Varun Dhawan also commented on his post saying, ‘April 18th bro I hope you’ll make weight. Your fighting in Russia.’ Check out the comments below. 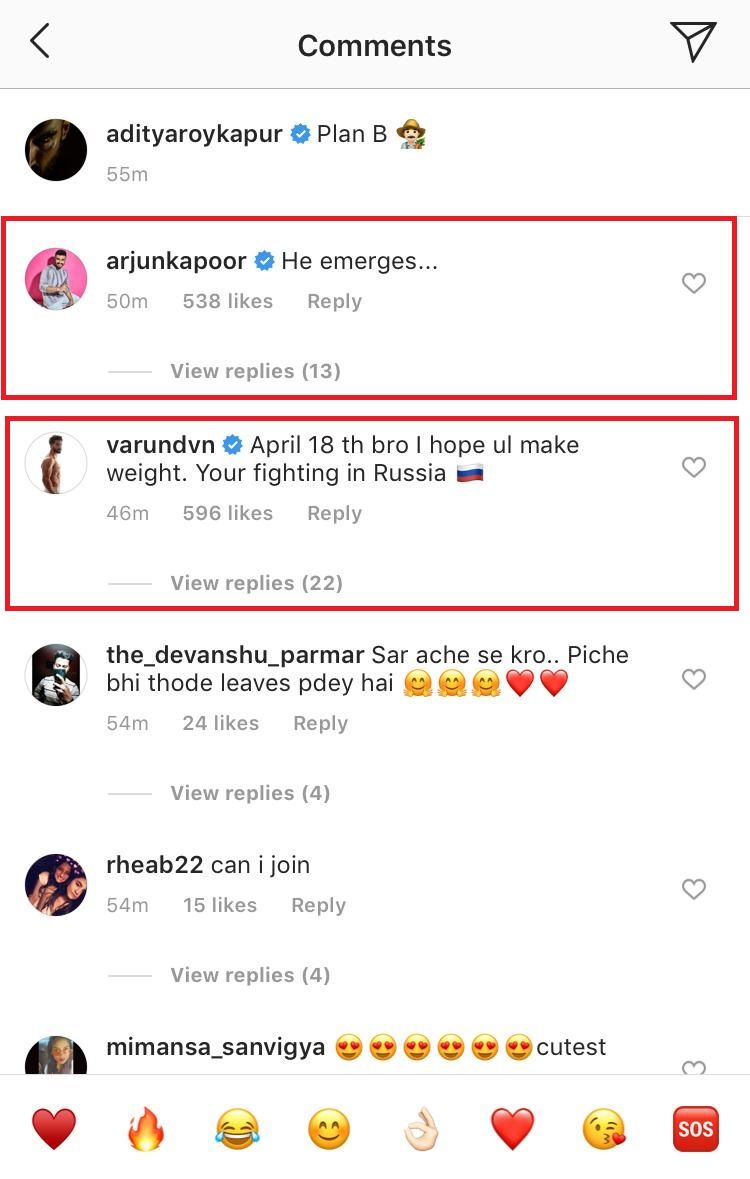