Ajay Devgn played an antagonist in Karan Johar's horror-thriller 'Kaal'. Here is some interesting trivia about the film you need to know about. Take a look.

Ajay Devgn, who is on cloud nine post the massive success of his last release Tanhaji, is one of the most bankable actors in Bollywood. Ajay has played some diverse characters in his films, from a freedom fighter in The Legend of Bhagat Singh, to a ghost in Karan Johar's Kaal. If you think Ajay Devgn, has not worked with Dharma Production, then your mistaken. In the year 2005, Devgn essayed a negative in Karan Johar's Kaal.

Read: Ajay Devgn's Love For Nature Evident From These Pictures | Take A Look

Kaal is a thriller-horror flick, starring John Abraham, Vivek Oberoi, Esha Deol, and Lara Dutta. Even though the Ajay Devgn starrer could not live up to its hype, the music of the film was a chartbuster hit. Talking about Kaal, let's take a look at some interesting trivia about the horror drama.

1. Shahrukh Khan and Malaika Arora did a special dance number in the movie titled Kaal Dhamaal, which turned out to be a magnanimous hit.

4. Actual tigers were used in the movie and three tigers were the same big cats seen in Hollywood flick Gladiator.

5. Kajol and Ajay Devgn were supposed to feature in this thriller drama together. But due to some other commitments, Kajol passed on the project.

6. Ajay Devgn's role in the movie of Kaali Pratap Singh was offered to Nana Patekar originally. But he rejected it, later Saif Ali Khan and Shahid Kapoor too were offered the same, but they too passed it on.

7. In fact, Vivek Oberoi who played Dev's role in the movie was also offered to play Kaali's character. But initially, he rejected the role due to his tight schedule. Then he somewhat made time and did the film but as a positive character. 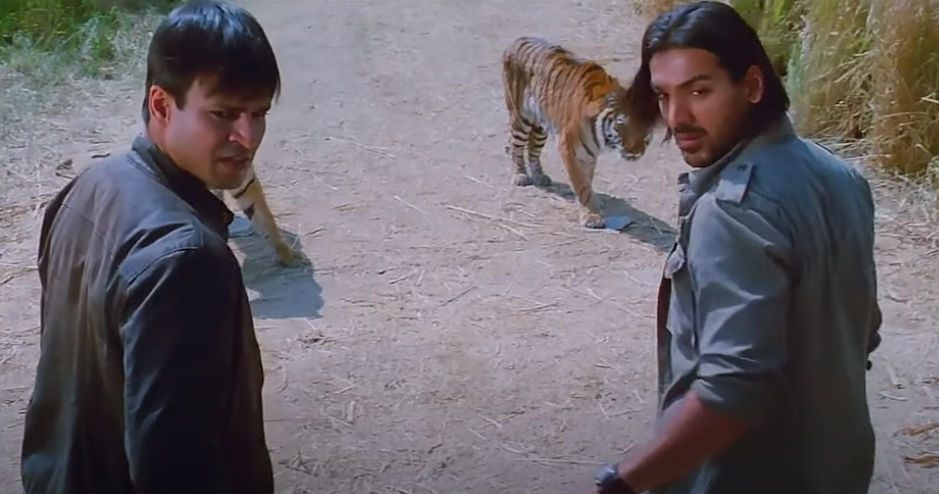 8. Reportedly, Ajay Devgn and Shah Rukh engaged in an ugly spat on the sets of Kaal, during its filming.

9. This was the first time Karan Johar, produced a horror film. He was inspired by Aditya Chopra his close pal to take such a decision. Thus a tribute to him, Karan cast Dhoom Jodi John Abraham and Esha Deol for his novel endeavour.

10. Kaal was filmed near the Corbett National Park in Uttarakhand.