One of Bollywood's power couples Akshay Kumar and Twinkle Khanna were spotted by the paparazzi at the birthday bash of popular director Goldie Behl's birthday bash on Friday evening. The duo made a stunning picture as they posed for the cameras twinning in black outfits. Akshay Kumar was seen wearing a black long-sleeved tee over light grey pants and Twinkle Khanna looked pretty in a short black dress accessorized with a green neckpiece. 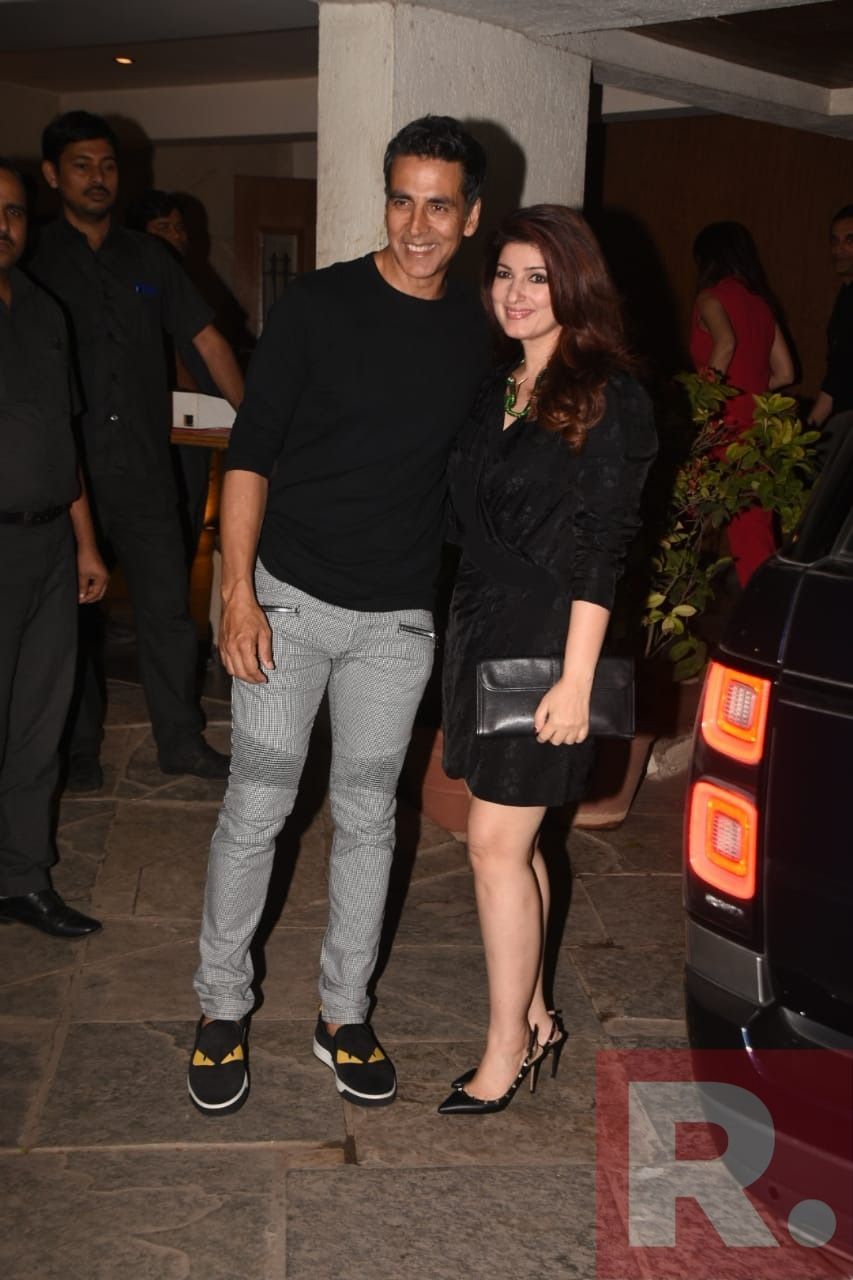 The Kumars seem to have a close bond with filmmaker Goldie Behl who celebrated his 45th birthday with his family and friends from the industry. Khiladi actor Akshay Kumar is rarely spotted in parties and late-night events given the disciplined lifestyle that the actor is known throughout the industry for. Akshay Kumar has completed 29 years in Bollywood as on Saturday with a steadily evolving graph of finesse as an entertainer in the industry.

Akshay Kumar was last seen in the multistarrer film Good Newwz directed by Raj Mehta which released on December 27 last year. The actor's performance and his comic timing along with his co-stars Diljit Dosanjh, Kareena Kapoor Khan and Kiara Advani was lauded by critics and fans alike. The film went onto do a successful business at the Box-Office much like his earlier releases in 2019 which include Farhad Samji's Housefull 4, Jagan Shakti's Mission Mangal and Anurag Singh's Kesari.

Nothing stops the Khiladi of Bollywood when it comes to his work and 2020 is lined up with just the right dose of the actor's splendid performances. Akshay Kumar is all set to feature in Rohit Shetty's cop universe drama Sooryavanshi along with Katrina Kaif. The actor is currently filming for Raghava Lawrence's comedy-horror film Laxmmi Bomb as well as Pinjar fame director Chandraprakash Dwivedi's upcoming historical drama Prithviraj.