Akshay Kumar and Raveena Tandon starrer Mohra was a blockbuster and widely appreciated by the audience. Continue reading to know the best scenes of the film.

Akshay Kumar is one of the leading stars of Bollywood who is known for his comedy and action films. He began his Bollywood career in 1991 with the movie Saugandh. He got recognition from the 1992 release Khiladi and since then he has developed a firm foot in this film industry.

Although the actor has worked with many female actors, Akshay Kumar and Raveena Tandon are considered as one of the best on-screen pairings. The duo has starred in many films including Khiladiyon Ka Khiladi, Barood, Police Force: An Inside Story and many more. Mohra is one such film which remains as one of their best films together. Take a look at some of the best scenes of Akshay from the film Mohra.

In this scene, Akshay Kumar is seen fighting with gangsters. The film shows the incredible fighting skills of the actor. Along with Akshay, his companion Paresh Rawal also accompany him and fights with the goons.

ALSO READ: Akshay Kumar Has Come A Long Way In The Industry & These Pictures Are A Proof 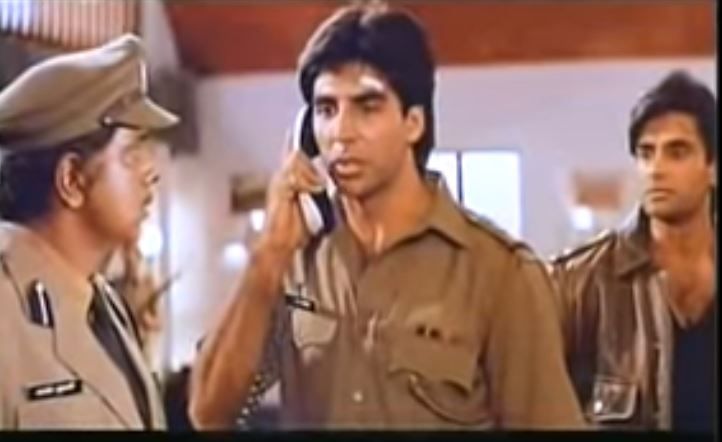 When Naseeruddin Shah's character kidnaps Raveena, Akshay and Suneil join hands to rescue Raveena from his clutches. Meanwhile, Akshay comes to know that Paresh Rawal is cheating them and the police department. Jindal (Nawazuddin) insert drugs in Raveena's body and then comes one of the famous song Mein Cheez Badi Hu Mast, which was sung by Udit Narayan and Kavita Krishnamurthy.

Another popular song of the film Mohra is Tip Tip Barsa Pani which is sung by Alka Yagnik and Udit Narayan. The song shows amazing chemistry between Akshay Kumar and Raveena Tandon. Penned by Anand Bakshi, the song is composed by Viju Shah.

Akshay Kumar would next be seen in a historical period drama film, Prithviraj which is being directed by Chandraprakash Dwivedi. Along with the Good Newwz actor, the film will also star Manushi Chillar. Apart from this, the actor is waiting for the release of his upcoming film, Sooryavanshi, which is directed by Rohit Shetty and also stars Katrina Kaif in the lead role.

ALSO READ: Akshay Kumar Gets A Dialogue Coach For His Character In 'Prithviraj'; Here's Why

PEOPLE HAVE PLEDGED SO FAR
LATEST NEWS
View all
1 hour ago
Nushrat bharucha-luv ranjan and other successful actor-director duos who set bo on fire
15 mins ago
Bhumi pednekar and eva baston in bodycon dresses; take cues on how to style in black
53 mins ago
Deepika padukone's adorable photos with her family are unmissable; check out
1 hour ago
Deepika padukone or jospehine skriver, who wore the red gown better?
10 mins ago
Riddhima kapoor sahni shares throwback pics of ‘good times’ with rishi kapoor