Akshay Kumar To Tusshar Kapoor: Here's How These B-town Celebs Are Keeping Their Kids Busy

While locking themselves in their own houses to stay away from the deadly COVID-19, here's how actors like Akshay Kumar & Tusshar Kapoor are keeping kids busy

Amidst the pandemic Coronavirus outbreak, the citizens of the country have decided to self-quarantine themselves in order to prevent themselves from getting infected. Similarly, Bollywood celebrities have also stopped the shooting and promotions of their film and have taken a short break from work. However, it has become difficult for people to keep their kids entertained at home for so long. Take a look at how these celebrities have been entertaining their kids.

How are Bollywood parents keeping their kids busy while in self-quarantine?

Akshay Kumar's wife Twinkle Khanna shared this image on her Instagram story. She wrote that while she is busy completing her book, her husband, Akshay Kumar has been keeping their daughter busy by playing with her in the garden.

Also Read: Saif Ali Khan And Akshay Kumar Have Shared The Big Screen Together In These Movies

Also Read: Anita Hassanandani Is A Total Waterbaby And These Pictures Prove It

Tusshar Kapoor was also seen bonding with his son Lakshya as he quarantined himself. Tusshar Kapoor shared an adorable video of his son giggling on his papa's back. He wrote a caption that this video was the exact replica of them enjoying home school while being on lockdown. 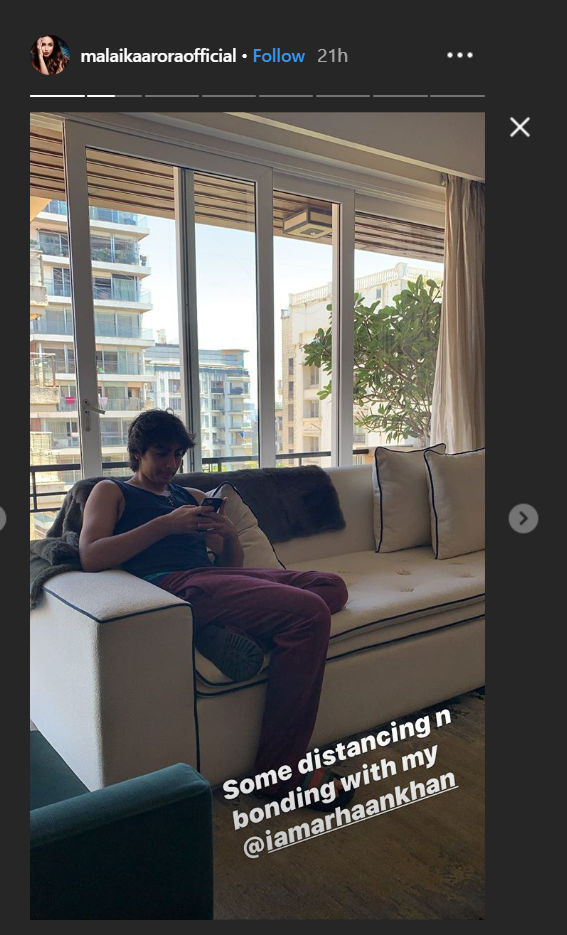 Actor and model Malaika Arora too shared a picture of her son Arhaan Khan on her Instagram story. She wrote that while she is maintaining social distance with the rest of the world, she is taking some time out to bond with her son.