Blast From The Past! Akshay Kumar's Uber-cool Hairstyles From The 90s

Akshay Kumar is known to be a trendsetter as he has a great taste in style. Here’s taking a look at Akshay Kumar hairstyles from the 90s. Read here.

Akshay is one of the most well-known actors in Bollywood. The actor began his career in the year 1987 with the film Aaj where he played the role of a karate instructor. Akshay Kumar then went on to star in several films making him the heartthrob of Bollywood.

As per reports, Akshay Kumar is known to be a trendsetter. The actor has a great taste in style and knows how to pull off his uber-cool looks and outfits with complete style. Apart from his outfits, Akshay Kumar has also experimented with different hairstyles in movies that have given him a new look altogether. Here’s taking a look at Akshay Kumar hairstyles from the 90s.

Akshay Kumar hairstyles from the 90s

It is very evident in these pictures that Akshay Kumar had a good set of hair. In the picture, Akshay Kumar can be seen having a wavy messy hairstyle. He can also be seen giving a candid pose wearing an orangey striped shirt. Check out the picture below. 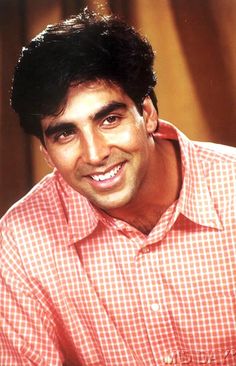 Also read | Akshay Kumar Seems To Be Favourite For Internet Memes, Check Out Some Popular Ones 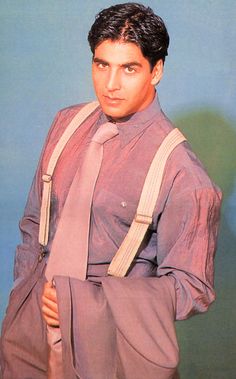 In this picture, Akshay Kumar can be seen having a messy fringy hairdo. He can be seen posing alongside his wife Twinkle Khanna wearing an all-white kurta pyjama. Check out the picture below.

In this picture, Akshay Kumar can be seen donning a fringy hairdo. He can be seen posing alongside young Ranveer Singh wearing a yellow kurta and black pant. Check out the picture below.

Also read | Bhumi Pednekar's 'Durgavati': What To Expect From Her Next With Akshay Kumar?

PEOPLE HAVE PLEDGED SO FAR
LATEST NEWS
View all
12 hours ago
Akshay Kumar worked in many movies that were shot in London; See list here
9 hours ago
Unseen pic of the day: Sara Ali Khan is busy with her phone as Imtiaz Ali looks on
11 hours ago
Raveena Tandon compares her latest pic alongside Sonali Bendre with poster of 'Keemat'
12 hours ago
Sanjay Dutt expresses love for mom Nargis in lovely tribute on her 91st birth anniversary
10 hours ago
Ranbir Kapoor's deleted scene from 'Tamasha' surfaces, complete with 'Majnu' vibes