Alia Bhatt, Ranbir Kapoor's BTS Moments That Will Make You Impatient For 'Brahmastra'

Check out some fun behind the scene footage from Alia Bhatt, Ranbir Kapoor, & Amitabh Bachchan starrer Brahmastra that would make you impatient for the film.

Brahmastara is a fantasy action movie which is being made as a three-part trilogy. The first part of the trilogy is expected to release in December this year. The movie stars well-known actors like Amitabh Bachchan, Ranbir Kapoor, Alia Bhatt, Mouni Roy and Akkineni Nagarjuna in main roles. Ranbir Kapoor plays the character named Shiva where Alia Bhatt plays the role of Isha. The movie is directed by Ayan Mukerji and produced by Karan Johar. Reportedly, the movie will be released in dubbed versions in Tamil, Telugu, Malayalam and Kannada languages as well. Brahmastra had earlier shifted many dates before finally setting up on the December 2020 date.  Take a look at the video featuring the lead actors where they are teasing the director Ayan Mukerji for changing the release date of the movie quite frequently.

Ayan Mukerji, the director of the film, shared a BTS moment from Brahmastra during the early days of their Tel Aviv shoot. Ayan Mukerji hinted through this post that the movie has been shot in many locations, including India and abroad. It is shot at locations like Bulgaria, London, New York, Edinburgh, Scotland, and even at Ramnagar Fort and Chet Singh Fort in Varanasi, India.

Ayan described and praised Alia and also hinted at her inner power. Though it is not confirmed who carries the superpowers in Brahmastra, Ayan's Instagram posts provide many hints about the lead character's role.

Ayan Mukerji's pic with Alia & Ranbir back in 2016

Ayan Mukerji shared the time when Alia had newly joined the cast of Brahmastra back in 2016. Ayan shared the story of how it was important that the lead protagonists got along with each other as the theme of Brahmastra is a love story.

Ranbir Kapoor and Alia Bhatt's scene on a terrace

This scene was one of the leaked scenes from the film where the lead protagonists were shooting on top of a building. The scene was leaked in the earlier days when Brahmastra was still under the filmmaking process. Currently, the movie is complete and all set for a December release. 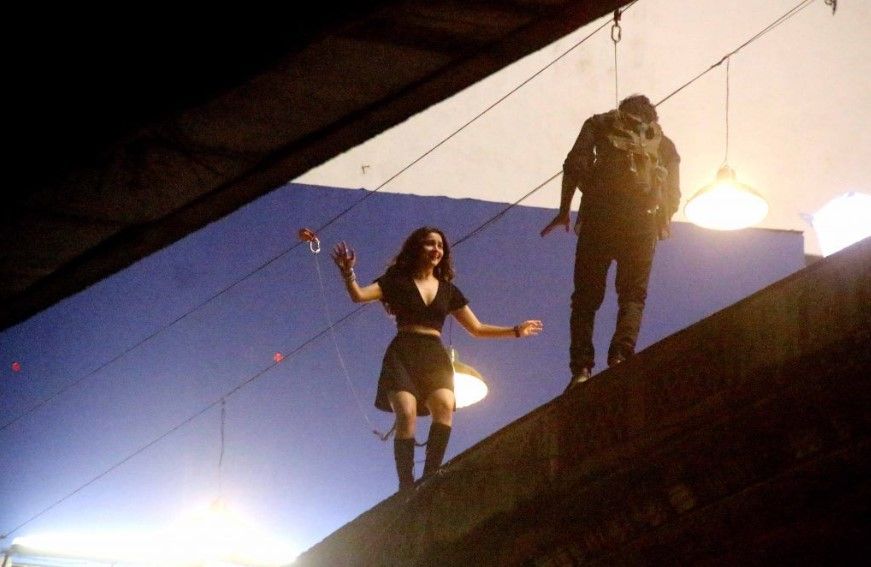 Ranbir Kapoor is unleashing his magic power in this BTS pic of Brahmastra. Ranbir Kapoor plays the character named Shiva who has some connection with Firepower.