Alia Bhatt recently met one of her fans. The actor surprised the fan by baking a cake on her special day. Watch Alia's 'cut the cake' enthusiasm in the video

Bollywood stars share a very strong bond with their fans and the audience. Often while receiving an honour, they thank their fans for the immense love and praises. Actors like Amitabh Bachchan and Akshay Kumar, among others, have been spotted going an extra mile for their fans many times. Currently, a video of Alia Bhatt is going viral on the internet, in which she shares an emotional moment with one of her fans. Alia not only met the fan but also made the latter's day special by preparing a cake for her. 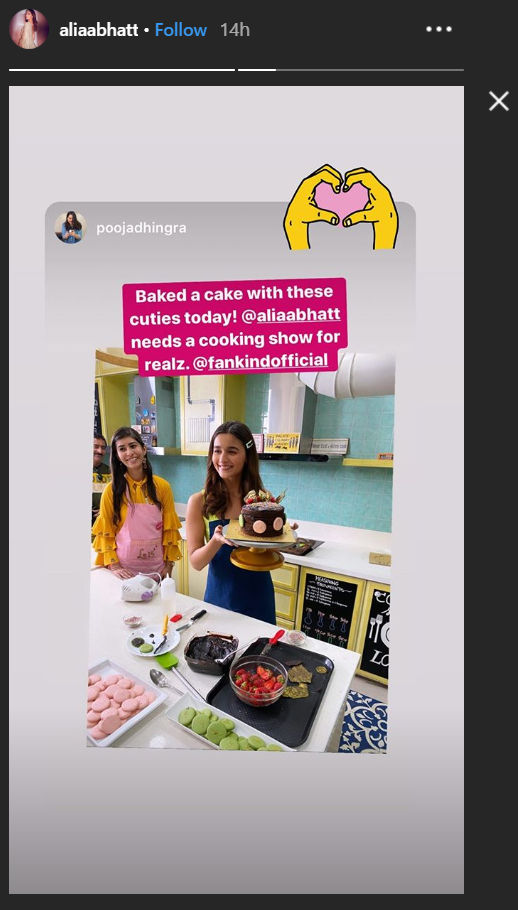 Arjun Kapoor's sister Anshula Kapoor is the founder of an online fundraising platform, of which Alia Bhatt is a part and the actor recently met one of her fans through the same. In a lime crop top paired with baggy fit jeans, the Highway actor looked adorable at the event. Alia met her fan Varsha and not only clicked pictures with her but also brought a cake for her, as it was Varsha's birthday. After getting a surprise from her favourite actor, Varsha got emotional while cutting the cake.

While lighting the candles on the cake, the Dear Zindagi actor also sang the birthday song for Varsha. Later, while having a conversation with her fan, Alia mentioned that Varsha has cut the cake after six years. Before leaving the venue, Alia Bhatt wished her luck.  Alia Bhatt along with Anshula Kapoor posed for a picture.

On the work front, the 26-year-old actor, who was last seen Kalank, has numerous projects in her kitty including Ayan Mukerji's epic drama Brahmastra. The fantasy-drama will also star Amitabh Bachchan and Ranbir Kapoor in the lead characters. The makers recently announced the release date of the much-talked project. The film is slated to hit the theatres on December 4, 2020. Apart from this, she will also play lead for Sadak 2, Takht, Gangubai Kathiawadi and RRR among others.