Alia Bhatt and Radhika Madan are two very popular names in Bollywood. Alia Bhatt made her debut in Bollywood as a lead actor in Student of the Year in the year 2012. Since then, the actor has been praised for a lot of her performances. She is currently one of the top names in the Hindi film industry. Apart from acting, the actor is also known for her unique fashion sense, as she never fails to give fashion inspiration.

On the other hand, Radhika Madan rose to fame after her debut daily soap Meri Aashiqui Tum Se Hi, which was telecast on Colors TV. Radhika is known for her roles in Bollywood films like films Pataakha (2018), Mard Ko Dard Nahi Hota (2019), and Angrezi Medium (2020). Bollywood actors Alia and Radhika were caught in a similar ensemble when both of them opted for asymmetric dresses. Take a look and decide which diva looked better in an A-line gown.

ALSO READ: Alia Bhatt's 5 Looks That Are Perfect To Take Inspiration From For Any Occasion 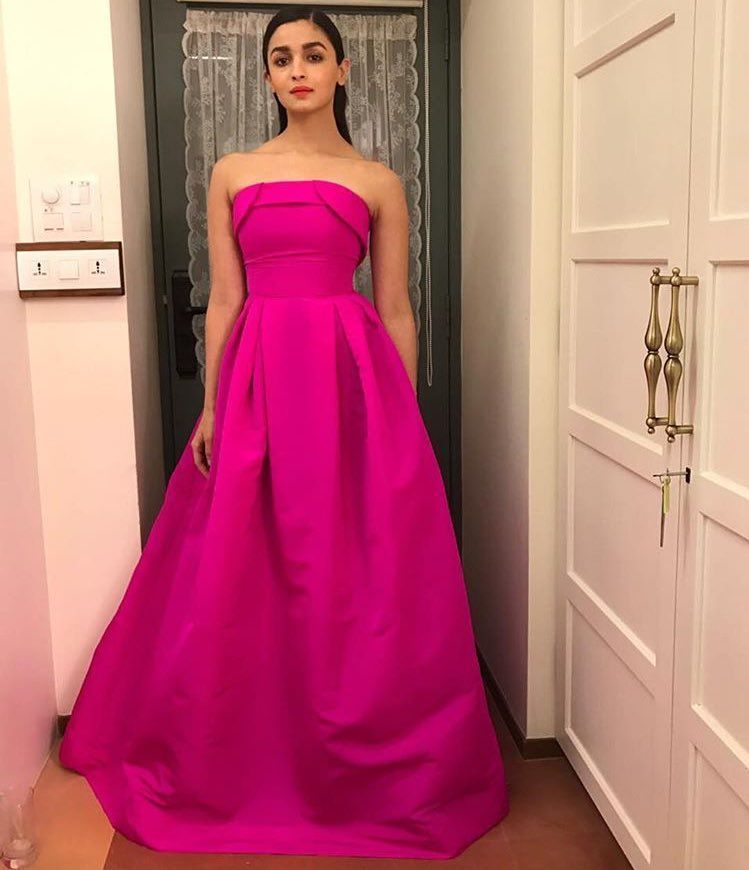 Badrinath Ki Dulhania actor Alia Bhatt walked the red carpet at an Awards Function in a hot pink Sachin and Babi gown. The ensemble is from the Resort 2018 collection. Alia's hairdo was perfectly slick and she opted to have minimal jewellery. For her makeup, Alia Bhatt had a contrasting orange lip colour with a similar eyeshadow shade. Her simple yet stunning pink outfit made heads turn at the award function.

Bollywood and TV actor Radhika Madan chose to wear a hot pink gown for her appearance at Nykaa Femina Beauty Awards. She looked ravishing in a solid-coloured off-shoulder gown. The slit gave the outfit a perfect structure to her ensemble. For her hair-do, she tied her hair in a messy ponytail. With nude make-up and shimmery eyeshadow, Radhika looked mesmerising and her attire was loved by many.

Alia Bhatt will be next seen in Sadak 2. Directed by Mahesh Bhatt, the film is a sequel to the 1991 film of the same name and is slated to release on July 10, 2020. The film will also feature Sanjay Dutt, Aditya Roy Kapur, Pooja Bhatt, and Gulshan Grover in the lead roles. Apart from this, Alia will also be seen in films like Gangubai Kathiawadi, Brahmastra, and RRR. Radhika Madan on the other hand, Radhika Madan was last seen in Angrezi Medium whose collections were affected due to the global pandemic. However, the movie was loved by fans.