Alia Bhatt is an all-time active member of social media who never fails to give fans a sneak peek of her personal and professional whereabouts. Sonam Kapoor, on the other hand, is one such diva in Bollywood that often makes heads turn with her glamorous style statements. Fashion inspiration to many, Sonam Kapoor’s photos receive heaps of praises not only from fans but from Bollywood celebrities too. Read more about Alia Bhatt's comment on Sonam's recent photograph.

Sonam Kapoor, on March 2, took to her Instagram to share a slew of pictures from her recent magazine cover shoot. She set the internet ablaze as fans in huge numbers gushed to comment on her jaw-dropping cover photos. One such fan of Sonam Kapoor was Alia Bhatt who also left no stone unturned in dropping comments on The Zoya Factor actor’s picture.

In one of the pictures, the Neerja actor is seen sporting a yellow feathery gown with a feathery hair-crown too. Sonam’s experimental look did super well with her fans. While many commented with hearts, Alia Bhatt dropped two comments calling her ‘stunning’.Even actor Swara Bhasker woos over Kapoor’s look and commented with many hearts and fire emoticons. Check out Sonam Kapoor’s post here. 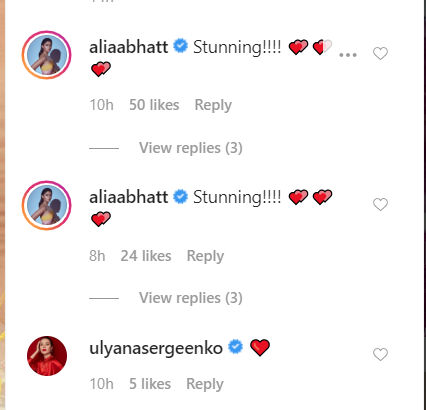 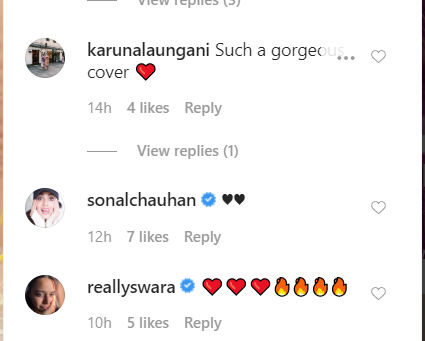 Meanwhile, Alia Bhatt has many movies lined up in her kitty. From Ayan Mukerji’s Brahmastra to Sanjay Leela Bhansali’s Gangubai, Alia is all busy venturing out her career in Bollywood. As per reports, Sonam Kapoor was working on her next titled Battle Of Bittora. However, there is no announcement or further news about the same.