Here’s taking a closer look at a few labels like Sabyasachi & others that appear in Alia Bhatt's wardrobe frequently. Read on to know more and see pictures. 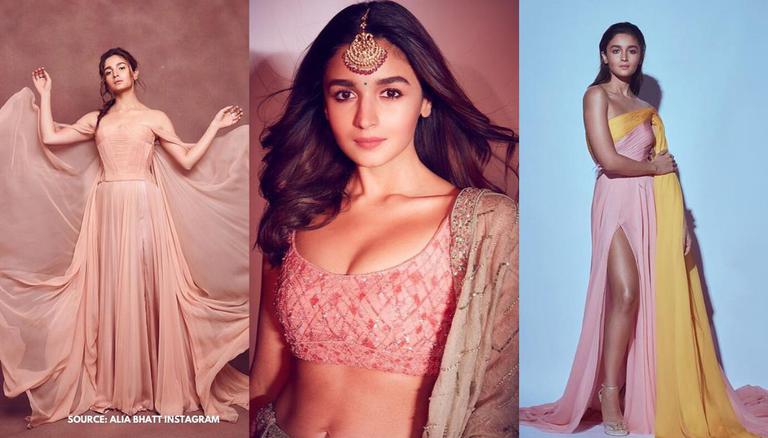 Bollywood actor Alia Bhatt is making waves in the industry with her stunning sartorial choices. She is one actor who never fails to experiment with brands and designers. Alia Bhatt has always surprised the fashion police, be it her bold or classy fashion statements. Here’s taking a closer look at a few labels that appear in her wardrobe frequently.

Prabal Gurung is one designer whose ensembles have made it to the closet of many prominent faces of Bollywood, Alia Bhatt being one of them. The New York-based designer is known for playing with details like ruching, cut-outs, and more. Prabal Gurung’s colour palette gives out the apt modern and chic vibes.

Georges Hobeika is a Lebanese designer who is popular for signature draped gowns. Alia Bhatt has frequently donned her gown to attend several award functions. During the 65th Filmfare Awards, Alia Bhatt was seen sporting a gorgeous pink and yellow gown featuring a thigh-high slit. The off-shoulder gown also had dramatic cape sleeves that made many heads turn. Along with it, she was also seen donning a nude off-shoulder gown for the IIFA 2020. Take a look at it here:

Silvia Tcherassi has now become a go-to designer for Alia Bhatt. Known for her exclusive prints, her creations often make it to Alia Bhatt’s wardrobe. Be it stripes or checks, the designer aptly knows how to play with patterns.

Amrita Khanna & Gursi Singh’s label Lovebirds is another label that has been donned by Alia Bhatt quite often. The New Delhi-based brand is prominent for its contemporary tailored ensembles. From beige to pastel, the creation of Lovebirds has been sported by multiple celebrities. Alia Bhatt has previously made headlines for catching flights, strolling casually sporting this brand.

Sabyasachi is one Indian designer who is loved by several Bollywood divas. From jewellery to traditional ensembles, each time when the brand drops its new collection, you can expect several Bollywood stars to be wearing one of his pieces, Alia Bhatt is one of them. Over the years, Alia has attended several functions donning Sabyasachi’s lehengas, Kurtas, and Sarees.

WE RECOMMEND
Alia Bhatt shares a cryptic message after Kangana Ranaut calls her out, read here
Alia Bhatt to Sonam Kapoor; take cues from actors to make a statement in junk jewellery
Alia Bhatt's quirky and extravagant sense of fashion that was loved by fans
Alia Bhatt posts a cryptic post on Instagram as nepotism debate rages on; check it here
Sonakshi Sinha-Alia Bhatt's friendship: 5 Instances that prove their special bond