Alia Bhatt has grabbed trending lists all over social media as she unveiled the first look of her upcoming film Gangubai Kathiawadi. Her look received a lot of appreciation and praise from fans and the audience. Many celebrities and members of the industry also became a fan of the look. Proud parents Mahesh Bhatt and Soni Razdan also shared the poster on their Twitter accounts.

Mahesh Bhatt and Soni Razdan give a thumbs up

Alia Bhatt's look and the poster of the movie Gangubai Kathiawadi were shared by her father, director Mahesh Bhatt on his Twitter. Mahesh, in the caption, wrote that he admires people who choose to shine after the storms they have been through. Here is his tweet:

I admire people who choose to shine even after all the storms they have been through. https://t.co/b5K6wnsoyd

Soni Razdan, Alia's mother, also shared the poster on her Twitter. The actor talked about how the look is beautiful, fascinating, and mysterious all at once. She also said that she can't wait to see the film.

Beautiful and fascinating AND mysterious all at once @aliaa08 can’t wait to see this !!! ♥️ https://t.co/yHeiyRWikK

Other than Mahesh and Soni, other celebrities also shared their reactions to the comments of the posters. Deepika Padukone commented 'Love' with a red heart emoji. Ranveer Singh said that Gangubai Kathiawadi is here and also called her 'Lulu the Gangster'. Zoya Akhtar also commented and called the look 'Nice'. Shraddha Kapoor also cheered for the look and said that she loved it. 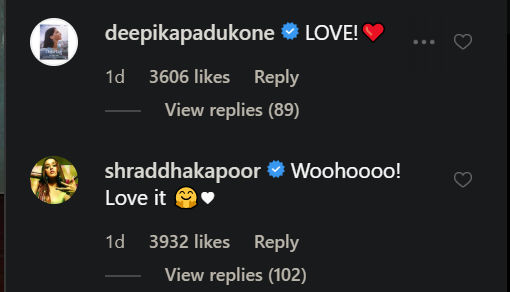 Gangubai Kathiawadi will be released in the year September 11, 2020. The movie is a biographical drama based on Harjeevan Das Kathiyawadi, who was mafia and a brothel owner of Kamathipura. The movie is based on the book Mafia Queens of Mumbai by Hussain Zaidi.