For the ones looking out for exquisite and yet attainable swimwear options, check out Alia Bhatt's swimwear photoshoots for magazine covers.

Alia Bhatt selectively sports swimwear in her movies, while she has done many photoshoots wearing some exquisite swimwears for magazines. Take a look at some of the best swimwears Alia Bhatt has sported for the magazines.

Alia Bhatt sported a printed bikini for one of her Vogue magazine photoshoots. The outfit resembles the current choices of the young ladies as well because the pic received a lot of compliments from Alia's fans on Instagram. 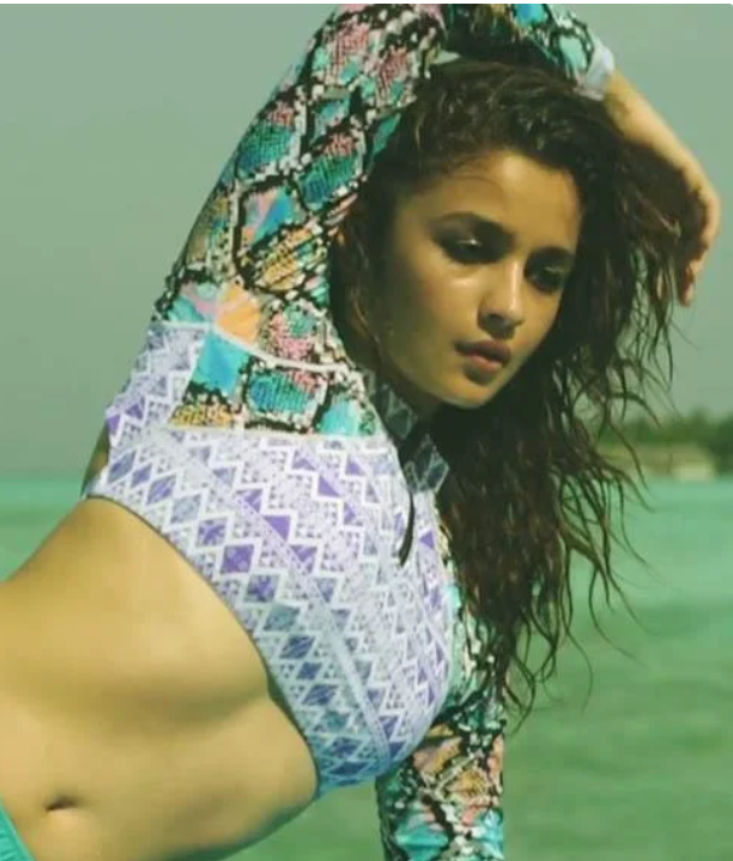 Alia Bhatt did a photoshoot wearing a sequined swimwear. The monokini was sequined and the grey colour looked perfect with Alia's wet hair in the pic. She was styled by Anaita Shroff Adajania for the look.

Alia Bhatt sported this beautiful gold swimwear which could easily be carried by her fans. The beautiful gold colour is sure to make anyone the star attraction.

For days when someone feels to go a little extra while enjoying a beach time or a pool time, they can check out Alia's designer swimwear for their outfit inspiration. The blue colour of the swimwear would quickly make you feel closer to the waters.

Alia Bhatt and Sidharth Malhotra were seen sporting some cool swimwear while they posed for the cover of Vogue magazine in 2020. Alia Bhatt was sporting an orange bikini with a crop top, while Sidharth sported some multicoloured shorts.