Amitabh Bachchan Confesses Home-quarantine Hand Stamp "was Not Mine"

Amitabh Bachchan made it to headlines after he shared a picture of a hand with a stamp of "Home Quarantined" on twitter as fans thought it is his hand.

Amitabh Bachchan, the superstar of Bollywood film industry has been doing his part to spread awareness about Coronavirus and the precautions to take against it. Recently he had taken to his social media handle where he had posted a picture of a hand with the stamp of “home quarantined” on it.

Amitabh Bachchan clarifies reports about him being home quarantined 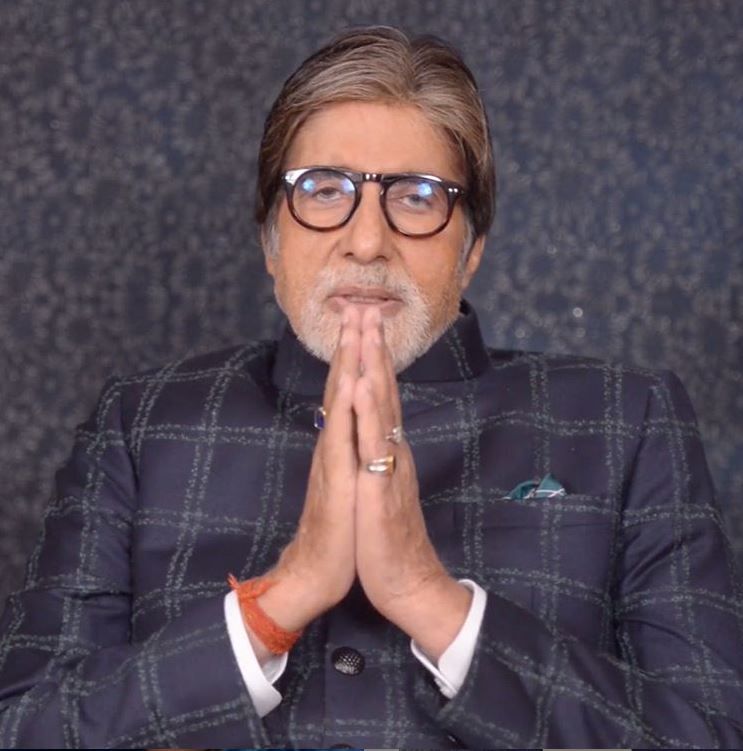 Amitabh Bachchan further wrote that he was merely trying to inform his fans and others that the technology is working to safeguard those quarantined to stay at home. He added in post that through that picture he wanted to inform his fans that if they spot anyone with that ink mark, they should ask them to stay home and isolate themselves.

“So the ‘hand’ of indelible ink, that found its way on my social media became Breaking news on the Tv channels the entire day .. and concerned friends called in to give me courage and hope and determined to send me the good health bulletins each hour .. I am well .. the hand picture is of someone else .. I was merely trying to inform all that the technology is working to safe guard those quarantined to stay at home and if someone were to encounter any one with the ink mark, to tell them to isolate themselves .. it is not my hand neither is it a deliberate effort to bring malign.”

Read | COVID-19: Amitabh Bachchan Gets A 'Home Quarantined' Stamp On His Hand; Says 'be Cautious'

PEOPLE HAVE PLEDGED SO FAR
Neha Kakkar vs Rakul Preet Singh: Who wore the print puff dress better?
Swara Bhasker breaks silence on break-up with Himanshu Sharma; shares how she got over it
Mrunal Thakur opens up about working with Shahid Kapoor in 'Jersey'
8 Dalgona Coffee photos that will inspire you to participate in this 'hot' trend
Anupam Kher calls BMC workers 'real heroes' as they clean roads amidst lockdown; Watch
DO NOT MISS
WORLI'S KOLIWADA AREA QUARANTINED
DELHI: NIZAMUDDIN SEALED
OLYMPICS TO BE HELD JULY 23-AUG 8
'NO SHORTAGE OF SUPPLIES': AMUL MD
LOCAL TRANSMISSION IN INDIA
KERALA CONSIDERING LIQUOR SALES