Amitabh Bachchan Expresses Concern About Fading Vision, Says 'blindness Is On Its Way'

Bollywood's megastar Amitabh Bachchan, expressed his deep concern over his fading vision and also his apprehensions over the fact that he is turning blind.

Bollywood's megastar Amitabh Bachchan who is known to impress fans with his metal, expressed his deep concern over his fading vision and also his apprehensions over the fact that he is turning blind. While extending out his best wishes to all his fans across on Good Friday on his blog, the actor shared his picture and expressed the concern of blurred images and losing sight.

Read: Amitabh Bachchan’s Adorable Throwback Posts On Instagram That Are A Must-see For Every Fan

In the blog, the actor who has a contribution to the Hindi film fraternity for decades wrote that his eyes have started seeing blurred images, the vision reads double and for some days now he has realized that "blindness is on its way". He also wrote that this disease will pile on as other diseases have in his body. Apart from this, the actor even took a trip down the memory lane and recapitulated all the old faded memories of how his mother, Teji Bachchan would cure him if he ever got hurt in the eyes. He remembered how his mother would make softballs of sari's pallu and then used to blew air and place it on his eye. And guess what, the problem used to vanish like anything. 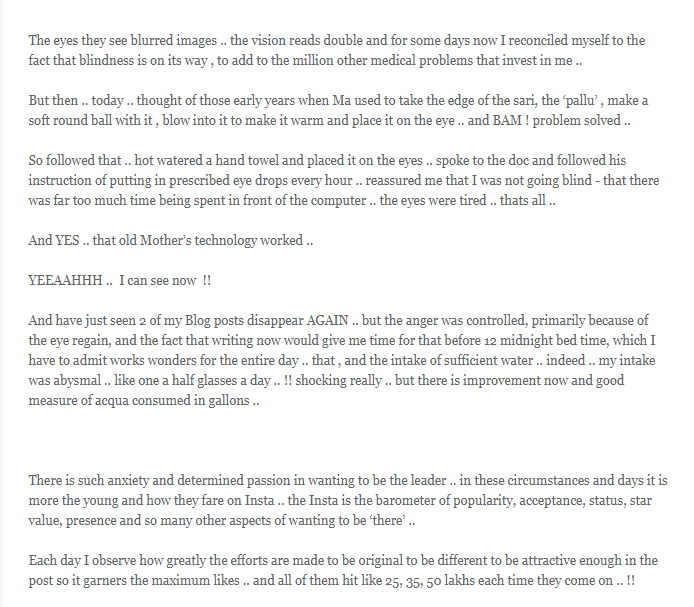 The 'Piku' star then explained how after consulting his doctor, he got reassured that probably he is not getting blind and its the result of the extra screen which is straining his eyes. He tried the new age remedy like a hot water hand towel and placed it on the eyes. He consulted an eye specialist and followed his instructions of putting in prescribed eye drops every hour which reassured him that he is not getting blind anymore.

Read: Amitabh Bachchan Can Graciously Pull Off The Casual Look And These Pictures Are A Proof

A day earlier the veteran star extended his best wishes to his beloved actor turned politician wife Jaya Bachchan on her birthday on his blog. The actor informed his fans that this time the couple could not be together on this special day as Jaya was in Delhi at Parliament when the lockdown happened and got stuck in the capital and could not come back home. He assured his fans that the actor is safe and in good health. 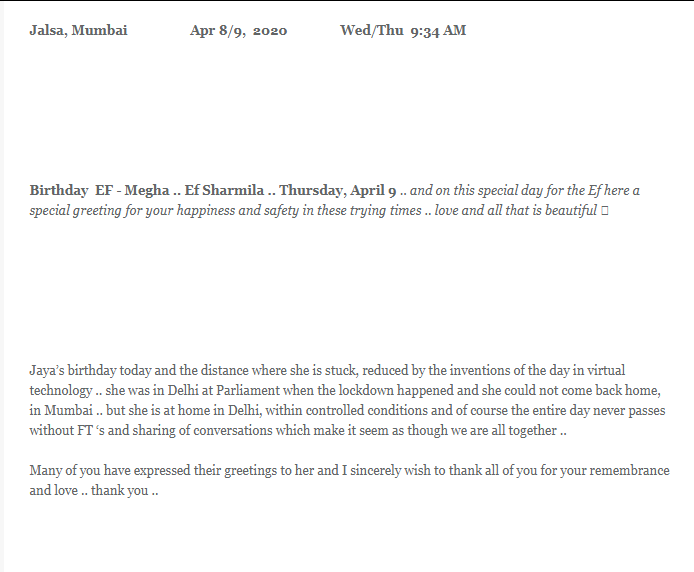 PEOPLE HAVE PLEDGED SO FAR
LATEST NEWS
View all
1 hour ago
Unseen pic of the day: Akshay Kumar from his sister's wedding is every desi brother ever
2 hours ago
Neil Nitin Mukesh shows off benefits of being a father to his little one, Nurvi
11 mins ago
Kareena Kapoor looks fierce with a strong kohl-game on in this #FlashbackFriday post
1 hour ago
Kabir Khan won't release '83 immediately after lockdown, claims 'comfort must be palpable'
1 hour ago
Today's Unseen Pic: Farhan Akhtar is ‘carbon copy’ of dad Javed Akhtar; See throwback pic