Amitabh Bachchan shared a slow-motion video of himself and penned down words of wisdom. The legendary star's captivating post won many hearts.

Sholay actor Amitabh Bachchan keeps sharing glimpses of his personal and professional whereabouts, either on social media or on his official blog. On May 19, 2020, Amitabh Bachchan shared a slow-motion video of himself and penned down some words of wisdom in context to the on-going Coronavirus pandemic. Check out. 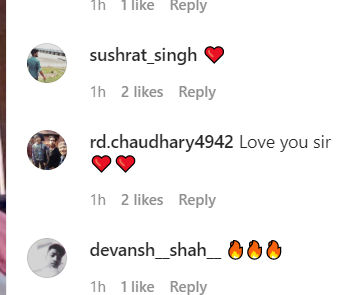 Even earlier, the Piku actor shared some mesmerising words on his Instagram feed. “Be The Light" was written on a black and purple graphic with his face edited alongside the words. The picture featured Big B looking upwards at the light away from darkness.

Meanwhile, The Shahenshah of Bollywood announced that his upcoming flick, Gulabo Sitabo will release on the OTT platform. Sharing a few stills from the sets of the film, Amitabh Bachchan, in the caption, said, "Joined Film Industry in 1969 .. now in 2020 it’s .. 51 years ..!! During this formidable period seen many changes and challenges .. NOW another challenge .. DIGITAL RELEASE of my film .. GULABO SITABO !! June 12, only on Amazon Prime .. world wide .. 200 plus Country’s .. THAT IS AMAZING .. Honoured to be a part of yet another challenge !!."

Also Read | 'On My Bicycle': Amitabh Bachchan Wants To Travel To THIS Stunning Place; Read Details

Amitabh Bachchan on the professional front

Amitabh Bachchan was last seen in Sujoy Ghosh's Badla, opposite Taapsee Pannu. The film released in mid-2019 and received a thumbs up from the audience and critics alike. Big B has several other projects lined up in the kitty for 2020-21. He will be next seen in Ayan Mukerji's much-anticipated movie, Brahmastra, opposite Alia Bhatt and Ranbir Kapoor. Moreover, he is reportedly also a part of movies namely, Jhund, Ponniyin Selvan, Chehre amongst others.