Celebrating 42 years of Don, Amitabh Bachchan revealed how he copied the hook step from the Khaike Paan Banaraswala song. Read on to know more about this.

It has been 42 years since Amitabh Bachchan starrer Don released on the silver screen. Although the movie has been remade again, nothing seems to beat fans' enthusiasm for the classic 1978 release. Not only the movie but also the songs and the dance moves had almost achieved cult status in themselves. Recently in his blog, Amitabh Bachchan revealed how he actually went on to create the iconic dances moves from his legendary Khaike Paan Banaraswala song.

Amitabh Bachchan shares tidbits from the sets of Don

In his blog, Amitabh Bachchan wrote about some BTS incidents from his legendary movie Don. He revealed how his iconic dance steps in the song, Khaike Paan Banaraswala song was actually copied from baby Abhishek Bachchan. He also revealed that he had taken anaesthesia shots before shooting the sequence barefoot.

Talking more about the latter, Amitabh Bachchan revealed that during those days they used to work in 2-3 shifts on different movies. On that day he had earlier shot for an action sequence in China creek, an outdoor location. He had injured his feet during the shoot with "blisters all around" but he had to shoot Khaike Paan Banaraswala song bare feet in Mehboob Studios. However, since the blisters made it impossible walk Amitabh Bachchan called a doctor and took anaesthesia shots and completed the sequence in four to five days.

Opening about his dance moves from Khaike Paan Banaraswala song, Amitabh Bachchan revealed that the step where he was moving sideways was actually copied from Abhishek Bachchan who was a little baby at that time. He said that whenever Abhishek heard music being played, he would do his hook step of moving sideways which father Bachchan copied. The latter also revealed that the dance move of him doing a turn and moving his hips with his back facing the camera too had a story behind it but reserved it for other time. 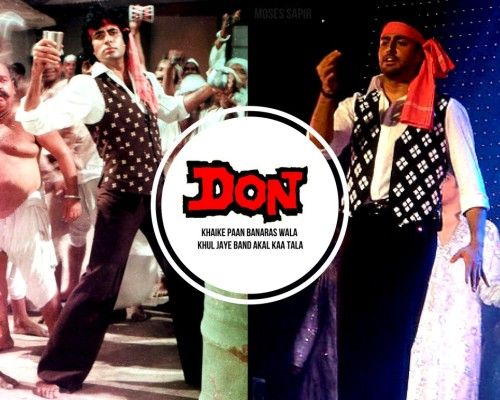 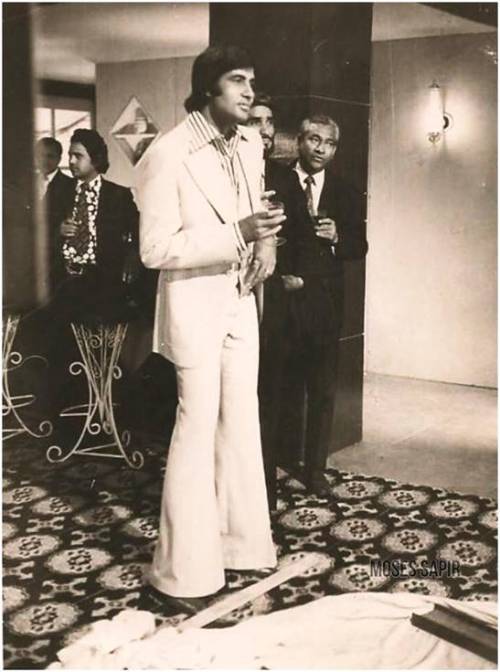 Later in his blog, he also spoke about the passing away of Nariman Irani, Don's producer. Apparently a part of the set had begun to crumble down and the latter seeing a child just beneath it, jumped on him and saved him. However, Irani was badly injured and never recovered from the health complications that arose. He reportedly passed away before the film's release. He also dedicated his award for Don to the late producer's wife and kids in his latest Twitter post.

Also Read: 'Who Gives Rs 1 Lakh For A Sketch?', Asks Farah Khan As She Thanks Abhishek Bachchan