An Insider’s View Of Salman Khan’s Farmhouse In Panvel: From Gym & Pool To Cool Vehicles

Here's a sneak peek into Salman Khan's insider pictures at his huge farmhouse in Panvel. Check out glimpses of the scenic beauty, gym, pool and the mountains.

Salman Khan took off to his farmhouse in Panvel when the Coronavirus lockdown was announced and has been spending his quarantine time there. However, he is not alone during the lockdown period at his farmhouse. The actor is also accompanied by his friends, family members, Jacqueline Fernandez, Waluscha De Sousa and girlfriend Iulia Vantur too. Pictures and videos from Salman Khan's farmhouse in Panvel have been creating quite a stir on the Internet. Here's a look at some insider pictures from Salman Khan's farmhouse.

Only recently, Jacqueline Fernandes shared how Salman Khan and his family members offered namaz in one of their lawns at the farmhouse. She has been sharing many insider pictures, giving fans a glimpse of Salman's huge home. 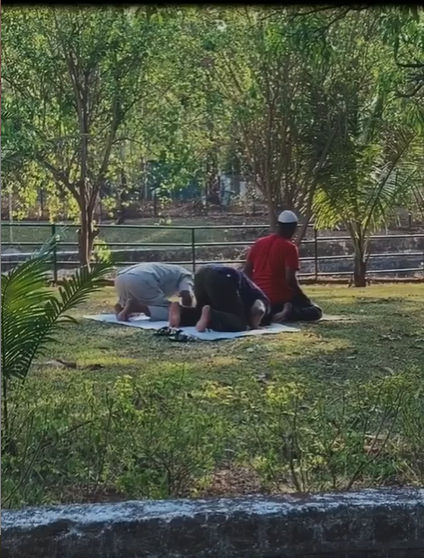 Salman Khan's farmhouse not only has his horse, but also has cows, goats, and many other animals. Check out Fernandez's pic with a cute goat kid that hints Salman Khan also has many goats on his farmhouse. Moreover, there are cows too. 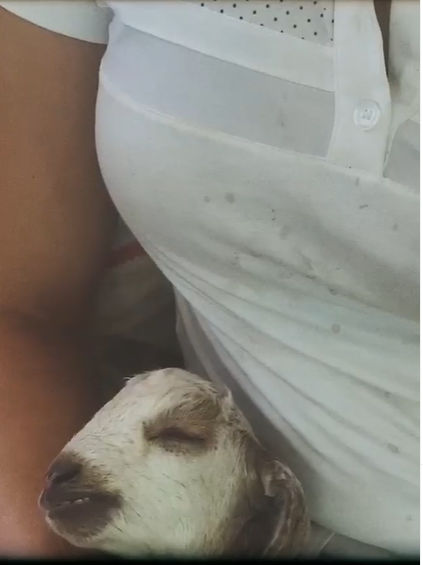 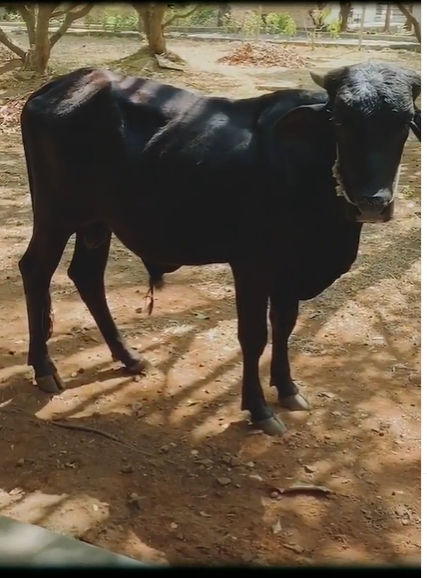 Inside Salman Khan's farmhouse, there are also numerous coconut trees. Here Jacqueline is trying her hands-on climbing up a tree and removing and pulling out a coconut from it. Take a look. 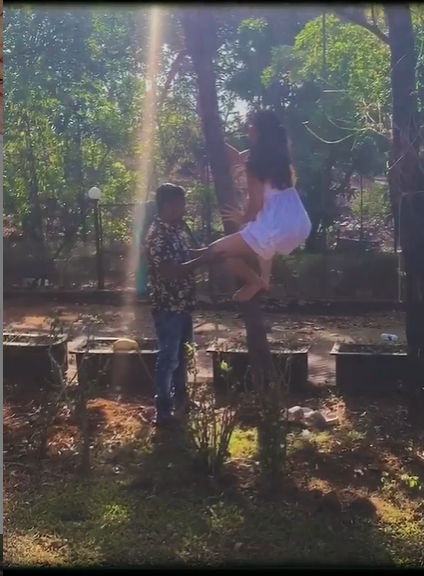 Here's a glimpse of the backyard view of Salman Khan's farmhouse. It looks like a huge lawn, to roam around and spend some leisure time whilst quarantining. 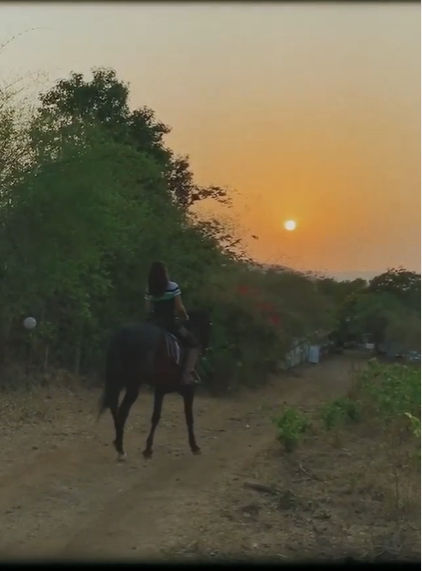 The Bajrangi Bhaijaan actor's lavish farmhouse also has a well-built gym with all equipment and training gadgets. Salman Khan is seen sweating it out as he poses.

Check out this insider video wherein Salman Khan welcomes truck full of necessities and foodstuffs to provide meals to the needy in Panvel. Salman and his friends-family are seen guiding the workers to load the stuff at his farmhouse. There are some bullock carts too.

Check out how you can get a clear view of Ganesha's imprint on one of the mountains seen from Salman Khan's farmhouse. Iulia Vantur shared a pic in which she asked fans to spot it.

Salman Khan's farmhouse also has an amazing pool to chill by. This pic gives a glimpse of the artistic caves built near the pool. 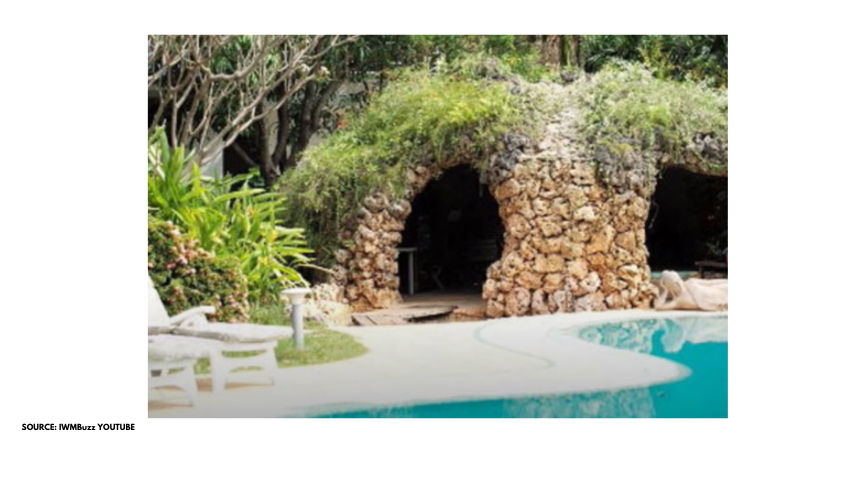 Check out this unseen picture of the Wanted actor in which he is seen driving his vehicle at the farmhouse. Moreover, he is also accompanied by a few of his team members in the frame. This is reportedly clicked while shooting for one of his films. 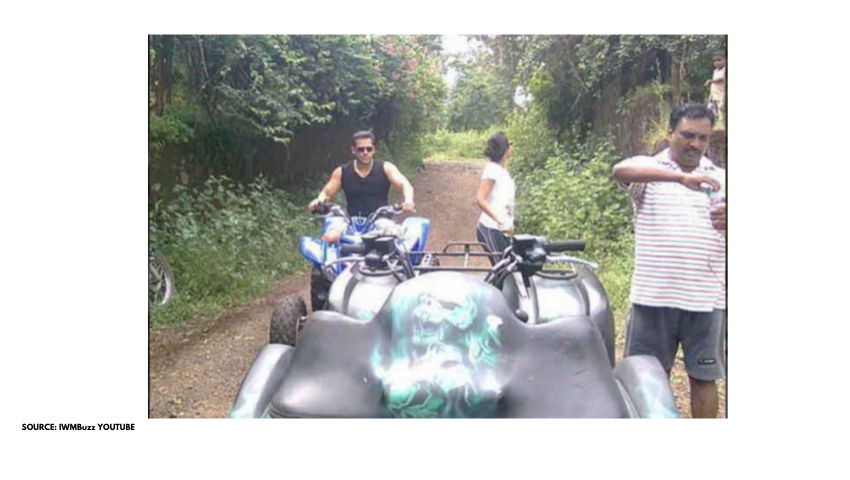 According to reports, Salman Khan trained for his fighting scenes in Sultan at his farmhouse, which is called Arpita Farms. Some scenes of Bajrangi Bhaijaan were also shot here. Here's a throwback candid picture of Arpita Khan and her hubby Aayush Sharma clicked at Salman Khan's Panvel farmhouse. The couple is looking adorable as they happily pose for the camera. 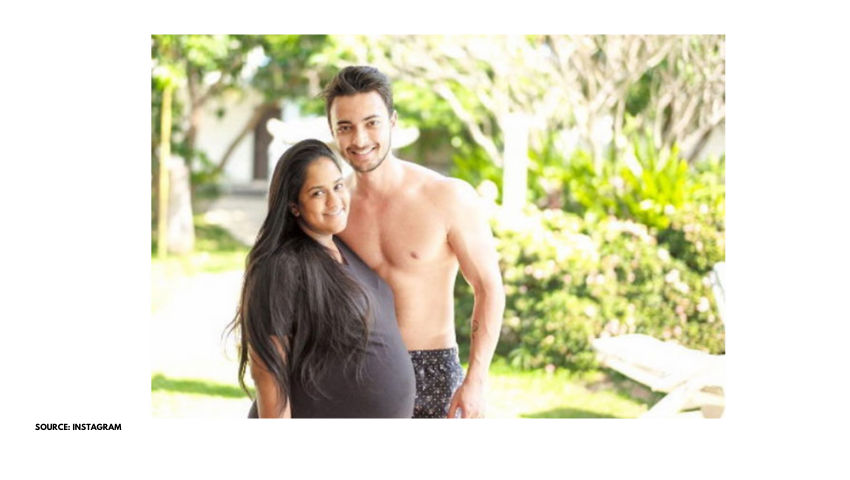