Ananya Panday is one of the most popular newcomers in Bollywood. Making her debut with Student of the Year 2 in 2019, she has gained many fans for her various outfits and performances. Ananya also has a talented younger sister Rysa Panday whom she and her parents Chunky Panday and Bhavana Pandey praised in their recent post. Check out the post and read to know more.

Rysa Panday has shown her keen interest in singing and has been practising the same, as per reports. Ananya Panday and her mother Bhavana Panday praised for Rysa for her performance at an event. The two shared a video in which Rysa is singing a song by late Amy Winehouse. While elder sister Ananya shared the video on her Instagram story, mother Bhavana Pandey shared a glimpse on her post on the same platform.

Father Chunky Panday also praised his little one on his social media handle Instagram. He mentioned that Rysa Panday has started her own channel on YouTube. Take a look at all of their posts as they support Rysa. 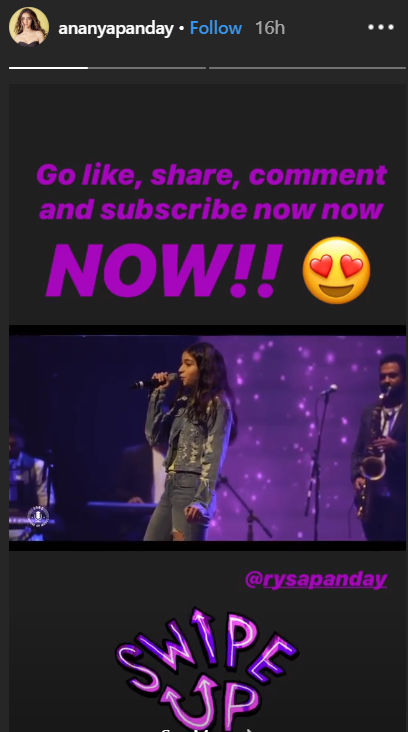 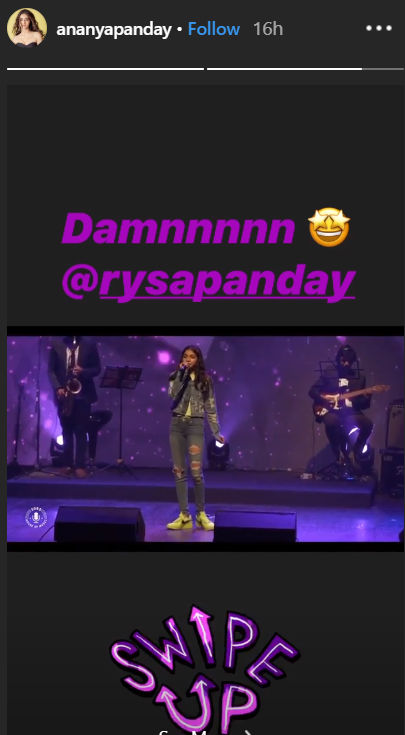 Thank you Stephen Sir and @sobohouseofmusic for working with Rysa and always pushing her to perform and do better every time she goes on stage ♥️♥️ “Rysa's performance of a song infamous with the late Amy Winehouse ‘You know I’m no good'. @rysapanday ♥️♥️

My Rockstar @rysapanday just started her U tube channel. Please Subscribe 🤗❤🙏 link in my bio https://youtu.be/pbsf_Vxogns

Ananya Panday was last seen in Pati, Patni Aur Woh along with Kartik Aaryan and Bhumi Pednekar. The film received good reviews and was a hit at the box office, as per reports. Her next film is Khaali Peeli with Ishan Khatter which is slated to release in June 2020. Ananya Panday is currently shooting with Vijay Devarakonda for Fighter.