Ananya Panday and Kartik Aaryan have been the talk of the town for their rumored affair and have often been spotted in each other's posts on social media. The duo posed for the shutterbugs as they arrived for the special screening of Netflix's upcoming horror film titled Ghost Stories on Monday.

Ananya and Kartik looked cool in their casual avatars as the former wore a red crop top and ripped jeans while the latter wore a blue winterwear with jeans.

Take a look at their photos: 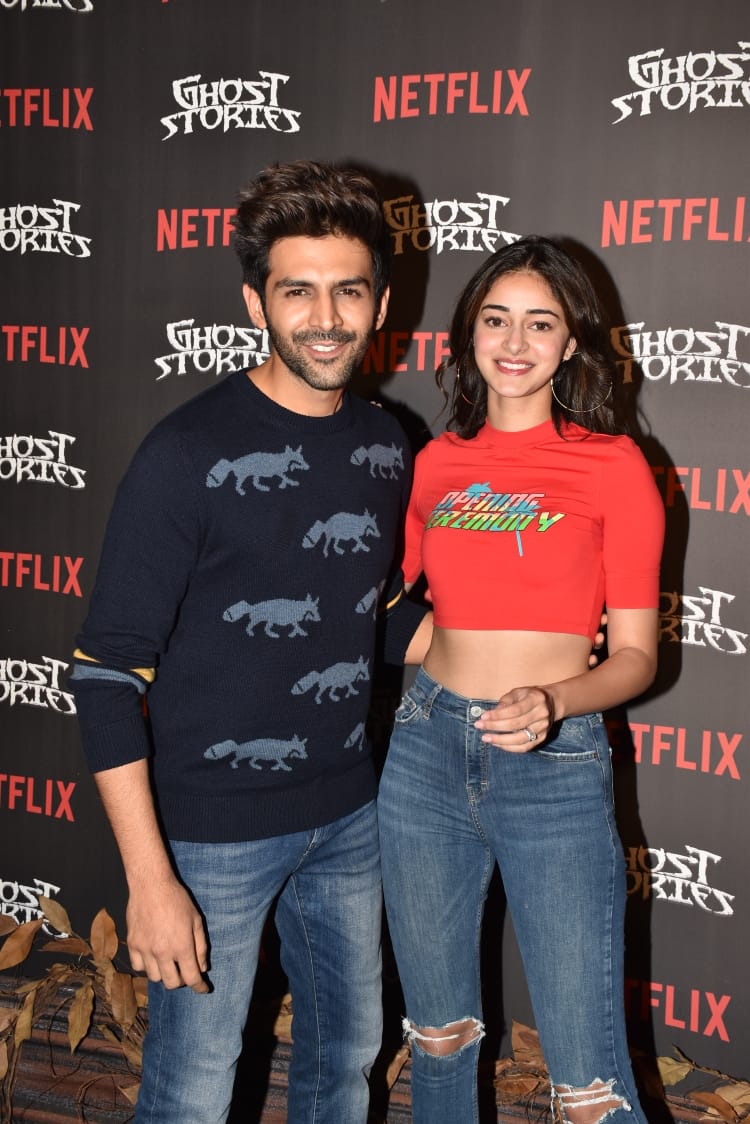 The web series will release for worldwide viewing on the digital streaming platform on January 1, 2020. On Monday, a special screening had been arranged for the film fraternity. Apart from Kartik Aaryan and Ananya Panday, a host of celebs attended the event. Among the others who had been spotted at the screening were actors Janhvi Kapoor, Kiara Advani, Sanjay Kapoor, his daughter Shanaya Kapoor and Kritika Kamra.

On being asked about their relationship status in the past, the Pati Patni Aur Woh co-stars have always maintained that they have been really good friends since their first day of the sets. In fact, in a recent interview with a media publication, Ananya claimed that the reason behind their amazing chemistry on-screen is because they both are great friends off-screen and that the two complement each other really well. She also said that two understand each other so well that Kartik does not have to say a word and she would still know what he is thinking about.

Kartik Aaryan has been busy with the shoot of his upcoming film Dostana 2 which is directed by Collin D'Cunha and also features actors Janhvi Kapoor and newcomer Lakshya. Meanwhile, Ananya Panday is currently shooting for Maqbool Khan's directorial debut Khaali Peeli opposite Dhadak actor Ishaan Khatter. The comedy thriller film is due to release in theaters on June 12, 2020. Ananya also has an untitled romantic film, with actors Deepika Padukone and Siddhant Chaturvedi, lined up for the upcoming year.