Bollywood actor Anil Kapoor recently took to Instagram and showed off his biceps saying, 'One step at a time'. The pics made fans go gaga over his "young" looks

On February 18, 2021, Bollywood actor Anil Kapoor took to his official Instagram handle and shared a pair of pictures featuring himself. In the pictures, the actor can be seen flaunting his biceps. He looked in the other direction while posing for the camera. The pictures see the 64-year-old actor donning a blue t-shirt, black pants and a black baseball cap. Sharing his photos, the actor penned a long caption mentioning the importance of training in his life. The place tagged in the picture is India.

Anil Kapoor: "One step at a time goes a long way!"

Anil also flaunted his side profile while posing for the camera. As for his caption, Anil wrote, “What I love about training is that it anchors me to something that is consistent and meditative”. “Life throws so many curve balls at us that it’s nice to have something that grounds us, something to keep coming back to. Just make sure that when you get back to training, you do it mindfully and gradually”. He concluded, “Build slowly and allow yourself the chance to adjust and grow back into it. One step at a time goes a long way!”.

As soon as Anil Kapoor's photos were uploaded, his fans couldn’t stop drooling over his new look which made him look so young. Actor Riteish Deshmukh, too, complimented the actor, and wrote, “you can reshoot @indrakumarofficial’s Rishtey” with several fire emoticons. Harsh Vardhan Kapoor commented, “Why’d you have to put such a long caption when everyone knows you’re just showing off your arms lol” with laughing face emoticons. A fan wrote, “Ageing backwards!”. Another one commented, ‘Mr young” with several heart-eyed face emoticons. A user commented, “And that’s how age decreases by each passing days…. Uff” with a fire emoticon and a red heart. 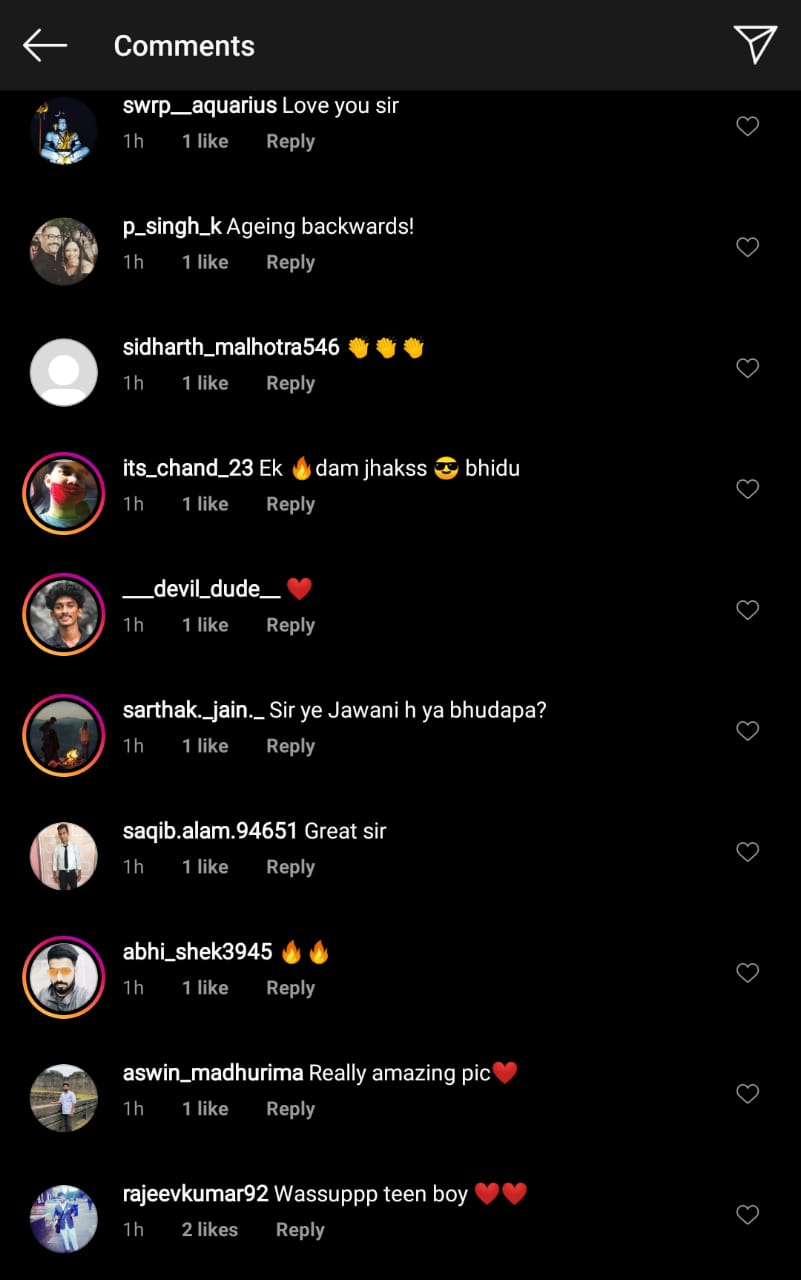 Also read: Manisha Koirala Calls Herself A 'Nomad' As She Posts Moments From Her Trip To Pokhara

Well, this isn’t the first time that the actor has flaunted his evergreen looks. On January 13, 2021, the actor shared a picture from his shoot in Narlai, Rajasthan. In the pictures, he can be seen wearing a black tee paired up with black pants. He added a grey bomber jacket, a black baseball cap and grey shoes to complete his look. As for his caption, he wrote, “Had a great shoot day in Rajasthan… Feeling on top of the world” with a globe emoji.