Bollywood actor Manisha Koirala who hails from Nepal spends much of her time in her home country than in India. About a week ago, she started to post her travel diaries on her Instagram handle from her trip to Pokhara, a city in Nepal. She has been posting pictures of herself hanging by the lake and beautiful mountains in Pokhara. Yesterday, she posted an Instagram post that captured her moments from her trip and called herself a 'Nomad'.

Manisha took to Instagram to post a collage of pictures from her trip and she called herself a 'Nomad'. She added photos of her travelling around and spending time in the mountains. She also added pictures of the colourful banners and a painting of Oxen showcasing the art of Pokhra street festival.  She captioned “what a difference it makes when I make time to take short trips..preparing to go into soul searching.. bit like a” and at the end, she added a hashtag that said ‘nomad’.  Check out the post on Manisha Koirala's Instagram-

The followers enjoyed the serene beauty of the nature and cultural heritage of Nepal shown by Manisha. One even wrote  “Losar vibe” describing the ongoing traditional festival going on in Nepal. Actor Satyajeet Dubey left an endearing comment that said “You” with a red heart and hugging emoticon to show his love for Manisha. The followers were also much in love with Manisha’s thoughts and travel pictures with several commenting number of heart eyes and red hearts on her post. Check out the comments on Manisha Koirala's Instagram- 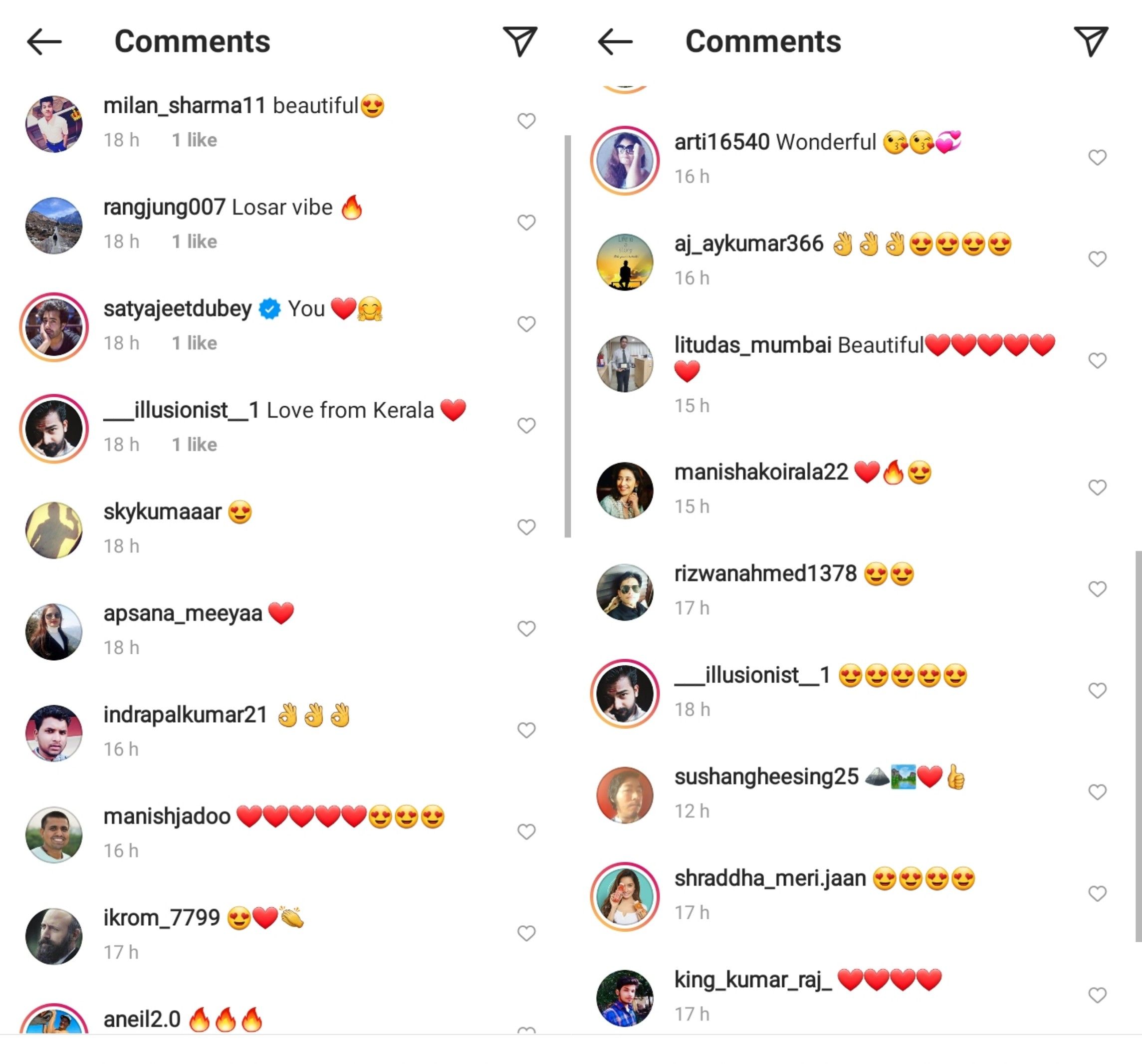 Manisha Koirala made her Bollywood debut in Subhash Ghai’s directional Saudagar in 1991 which was commercially successful. Koirala rose to fame in 1994 when she starred in the romance film 1942: A Love Story based on the Indian Independence Movement. Directed by Vindhu Vinod Chopra, Koirala played the lead character of Rajjo alongside Anil Kapoor, who played the character of Naren. The role fetched Koirala her first nomination for Best Actress at the annual Filmfare award ceremony. After that Manisha went on to star in many popular films including Dil Se, Khamoshi: The Musical, Agni Sakshi, Indian, Gupt: The Hidden Truth, and many more. In recent years she appeared in Netflix's original film Maska directed by Neeraj Udhawani which released in March 2020. She will soon be starring in AR Rahman’s musical romance film 99 Songs. She will be sharing screen space with Ehan Bhat, Aditya Seal, Lisa Ray, and others in the project.

Also Read: Manisha Koirala And Sunny Deol's Unseen Photo Sufaces; Guess The Movie That It Is From