The Dhak Dhak Girl recently took to Instagram to post a throwback picture of the entire Ram Lakhan Cast to celebrate the milestone. 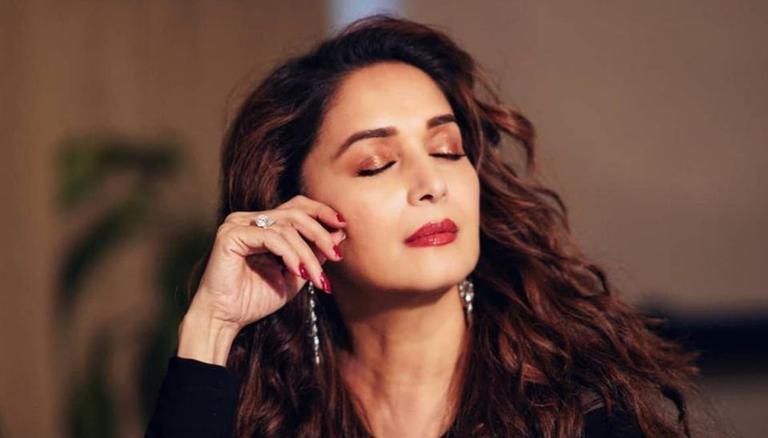 It’s been 32 years since the Jackie Shroff, Anil Kapoor, Dimple Kapadia and Madhuri Dixit starrer Ram Lakhan released in the theatres. The film narrated a story of two brothers Ram and Lakhan who are united by blood by divided by their ideologies. The Subhash Ghai film had everything be it a power-packed star cast, excellent background score and a great story to make it the super hit film that it is.

Madhuri Dixit Nene took to Instagram to post a picture celebrating the 32nd anniversary of the movie Ram Lakhan. The post is captioned with the hashtag #32yearsoframlakhan. The Dhak Dhak girl got nostalgic and posted a throwback black and white picture of the Ram Lakhan cast while they were shooting for the movie back in the 90s. Alongside that, she also posted a picture of how the cast looks today 32 years later.

The actor captioned the picture with ‘Celebrating #32YearsOfRamLakhan & the wonderful memories we made while working on the film. Thank you for watching, enjoying & loving the hard work of the entire team’ Madhuri Dixit's Instagram picture has the Ram Lakhan cast actors Jackie Shroff, Madhuri Dixit, Anil Kapoor, Anupam Kher, Gulshan Grover, Satish Kaushik and the director himself Subhash Ghai in all smiles celebrating the 32-year milestone. See the picture below; 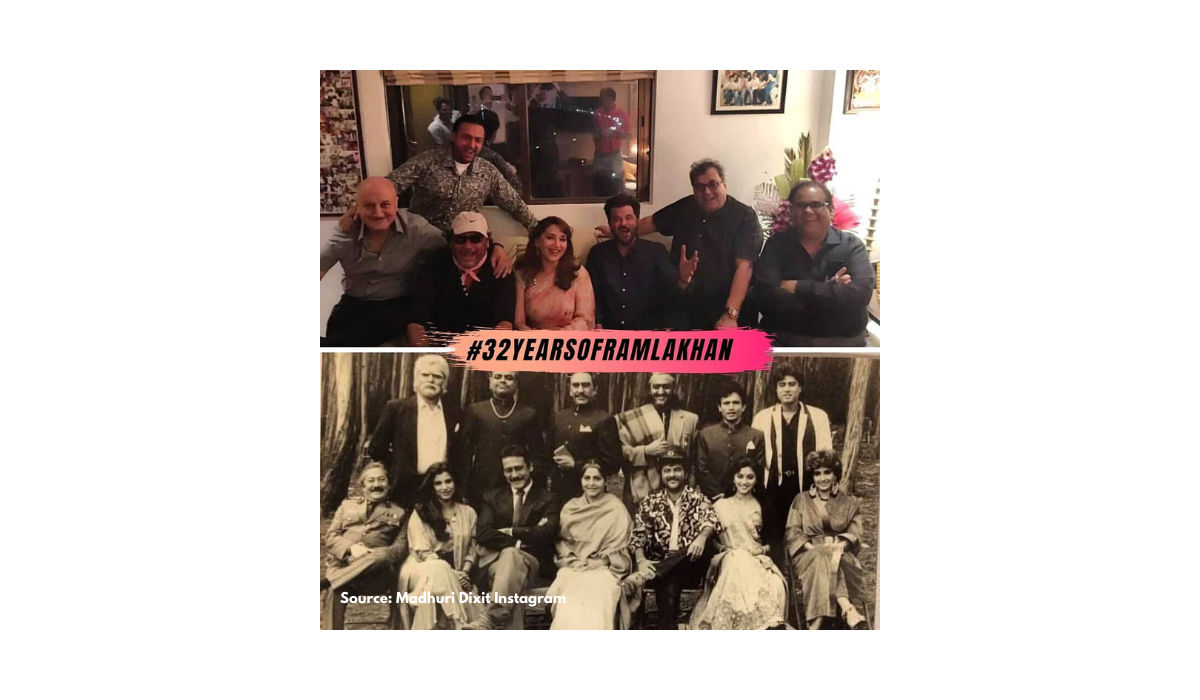 As soon as the picture was posted on Madhuri Dixit’s Instagram page, praises and congratulatory messages kept flooding in for the Ram Lakhan cast. The fans commented on how they loved the movie and how the stars look as good as they did 32 years ago. One fan commented “ This movie is Gold” while another commented on how Ram Lakhan movie was a masterpiece. See some of the comments below; 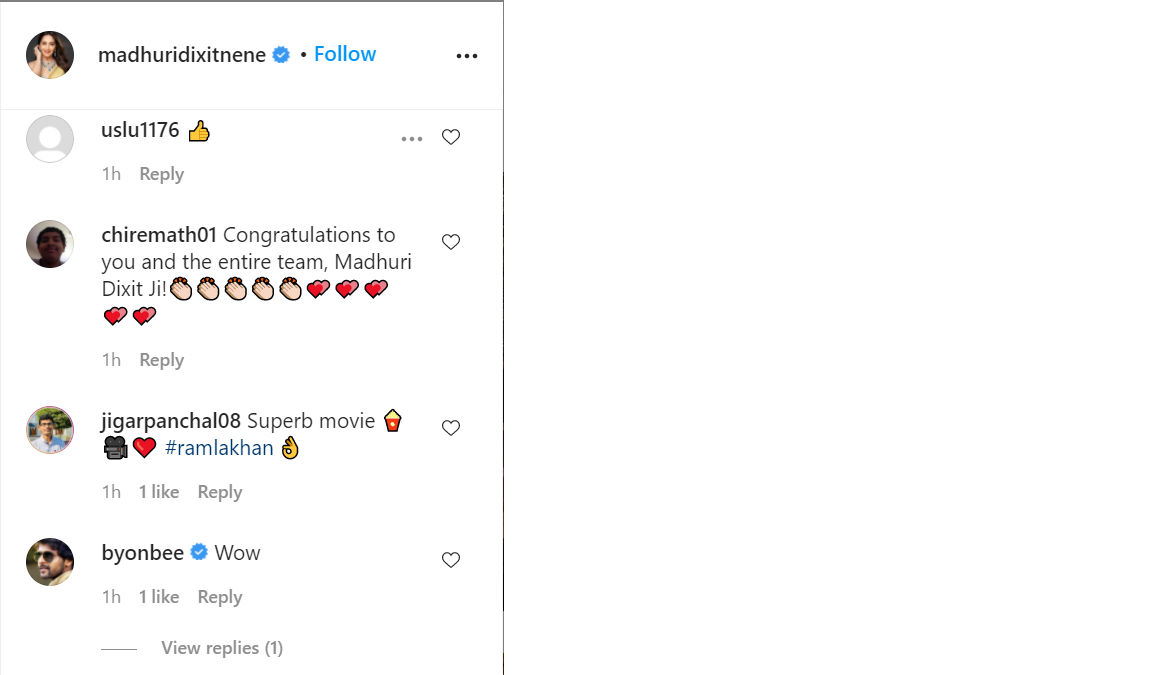 Also Read: Madhuri Dixit Nene Shares A Blissful Picture Of Her In Red; Fans Call Her A 'queen'

Also Read: Madhuri Dixit's New Picture With Her Pet Is A Treat For All Animal Lovers; Check Out

Madhuri Dixit was last seen in the Karan Johar movie Kalank which didn't do so well at the box office and received mixed reviews from the audience. She also starred in the comic flick Total Dhamaal which had an ensemble cast. Madhuri Dixit Nene is all set to make her debut in the world on OTT with a suspenseful drama series The Heroine on Netflix produced by Karan Johar.

Also Read: Sonakshi Sinha's 'Kalank' And Other Period Drama Films That Failed At The Box Office