Ankita Lokhande Shares An Insightful Post On The Value Of Healing; See Here

Ankita Lokhande is a big promoter of mental health and healing. She recently shared a picture of a quote on trauma and its healing. Read on to know more.

Baaghi 3 actress Ankita Lokhande, on Monday, shared a quote of Danielle Koepke on her Instagram page. The quote 'reads as your trauma is valid' written by Danielle Koepke, author of the book Daring To Take Up Space. Read further to know what she posted.

Pavitra Rishta actress Ankita Lokhane recently took to Instagram to share a quote of Author Danielle Koepke. She is a writer who seeks to promote mental health and foster self-acceptance. The quote Ankita Lokhande Posted titles 'You trauma is valid' Ankita Lokhande herself is a huge promoter of mental health. The quote says that even if other people have experienced a worse trauma or experienced something similar, one's trauma is valid. It's valid even if nobody knows about it and it could have been stopped. The quote says that talking about ones trauma isn't being 'desperate' or 'attention-seeking' but 'self-care'. It says that everyone's pain matters and its healing does too.

Ankita believes in the quote and thus shares it on Instagram so people could read and know that their problems and trauma aren't small. She captions the post with two hashtags. It reads as,"#Youarevalid #youareseen". Take a look at the post:

Also Read | Ankita Lokhande "is One Of A Kind", Writes Vikas Gupta; Former Touched By Poem 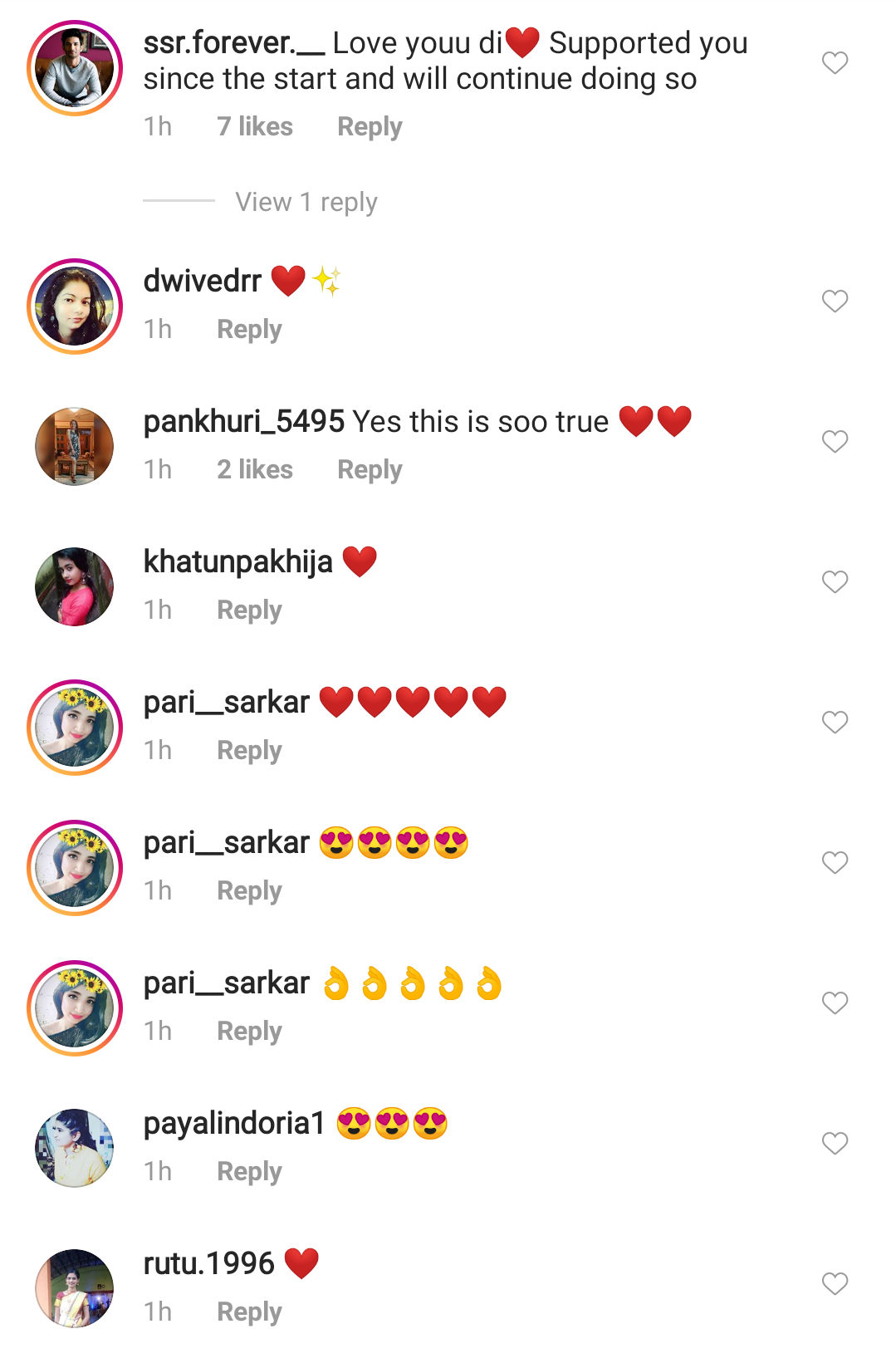 People who follow her know that Ankita is very active on her Instagram. Her social media is flooded with her own pictures, snaps with her mother and her pet. Recently, she shared a picture of herself dressed in a baby saree and had won over the hearts of her fans. She has completed her look with some eye makeup and huge Jhumkas. She captioned her picture as the 'power of women'.

Ankita became popular when she started appearing in the daily soap Pavitra Rishta on Zee TV. After starring in various other TV shows she made her debut in Bollywood with the film Manikarnika: The Queen of Jhansi. Ankita played the character of Jhalkaribai in the movie. She also starred in the film Baaghi 3 along with actors Riteish Deshmukh, Tiger Shroff, and Shraddha Kapoor.