Anupam Kher recently shared a few monochrome photos of himself on his Instagram page that prompted one of his fans to call him "Walter White Sr".

Celebrities have self-quarantined just like everyone else during the COVID-19 pandemic. Most celebs are still keeping in touch with their fans on social media. Anupam Kher is especially active on social media and he constantly updates his Instagram with his latest photos and videos. Recently, Anupam Kher shared some monochrome photos of himself on Instagram that were adored by his dedicated fans.

Above are the photos that Anupam Kher recently shared on his social media page. In the caption for the photos, Anupam Kher shared a deep Hindi quote. The quote stated that you only had one life, so you should try your best to always smile and forget your troubles.
Also Read | Anupam Kher starts new series 'When Bittu Meets Anupam' amid lockdown, hopes fans like it

The post featured three monochrome photos Anupam Kher's face. The first image showed off Anupam Kher's clean-shaven look while the other two photos featured him with overgrown stubble. Fans adored Anupam Kher's new photos and many even praised his new 'clean-shaven' look. Many fans were also moved by his heartwarming quote in the caption. However, one fan wittily remarked that Anupam Kher looked like 'Walter White Sr' in his new photos. 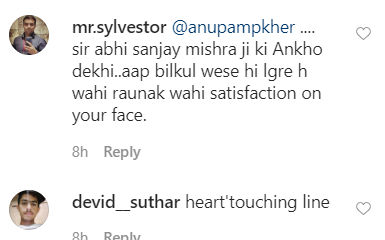 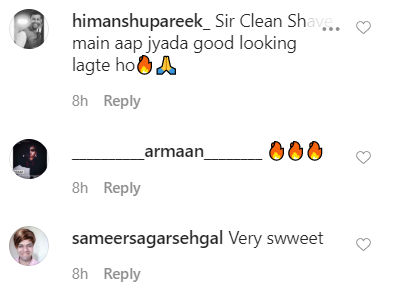 After sharing his post, Anupam shared a video where he spoke to his brother as well as his elderly mother. In the caption for the video, Anupam Kher mentioned that he had not met his mother for a while due to the lockdown. However, he was still glad to see her in the video and claimed that he got an energy boost after talking to her. Here is the adorable video that Anupam Kher recently shared online.

PEOPLE HAVE PLEDGED SO FAR
LATEST NEWS
View all
6 mins ago
Alaya f says her confidence comes from growing up in front of camera
44 mins ago
Kareena kapoor or deepika padukone: who aced the atelier zuhra ensemble like a diva?
54 mins ago
Fwice's ashoke pandit clarifies on akshay kumar's mid-lockdown shoot: 'no resumption yet'
47 mins ago
Ajay devgn starrer 'total dhamaal' hilarious mistakes that went unnoticed by many
1 hour ago
Athiya shetty says social distancing will be 'the new normal' post pandemic