Actor Anupam Kher in a post on social media revealed that due to the lockdown, he got the chance to finally grow his beard back. The actor seems delighted with his new look.

The lockdown has caused many to stay indoors and refrain from doing any outdoor activities unless very essential. Hence, several barbers and salon shops have been closed due to the nature of their work. Therefore, many celebrities including Anupam Kher have begun to embrace their bearded looks. The veteran actor was delighted to finally grow his beard in 37 years. Due to the nature of Anupam Kher’s work and the requirements of the role, the actor has always kept a moustache. 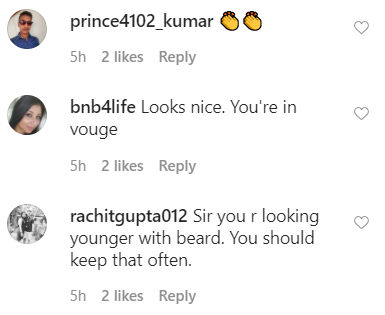 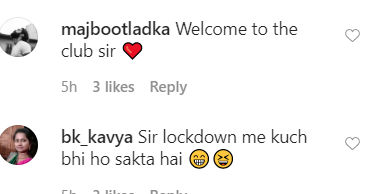 However, now due to the lockdown, the actor has finally tried his bearded look and fans are loving this new avatar of Anupam Kher. Some fans even suggested he should keep the look and not change it even after the lockdown is lifted. Anupam Kher does small skit like performances to entertain his fans amid the lockdown where one of his characters maintains a look without beard and the other has a beard. The dual characters played by Anupam Kher are often entertaining for fans who follow the actor. Hence seeing the actor in a new look was delightful for his fans. Besides Anupam Kher, several other actors have also begun to let their beards grow out and thus have embraced what they have called the Quarantine Look.