Anupam Kher wished his brother Raju in a rather nostalgic way on Instagram and praised him further on. Read further ahead to know more about it.

Anupam Kher took to Instagram to wish his brother Raju Kher on the occasion of his birthday. The actor also happened to share a rare picture of themselves from their younger days with their family. Fans adored the pictures and left several positive comments for the actors in the comments section. Take a look at the post below:

Anupam Kher wishes his brother Raju in a nostalgic fashion

Taking to Instagram, Anupam Kher shared a rare picture of the Kher Family. The picture featured Anupam Kher himself and his parents along with Raju Kher at the far right. The monochrome picture made fans reminisce old times and thus received tremendous praise from fans who also wished Raju Kher on his birthday. The actor also added a few more pictures to the post with the next picture being of both the Kher brothers. They posed with their mother and the two looked like twins as mentioned by several fans in the comments section.

Anupam Kher captioned the image by wishing his brother Raju a very happy birthday and he also wished for his long life. Further on, Kher wrote that Raju as a brother was the best thing that ever happened to him. He called Raju his best friend, his confidant and his support system. He also mentioned that it is his brother who has been his support system for years. He then added that he wishes God gives everyone a brother like Raju. The actor ended his caption with that sweet note for his dearest brother. 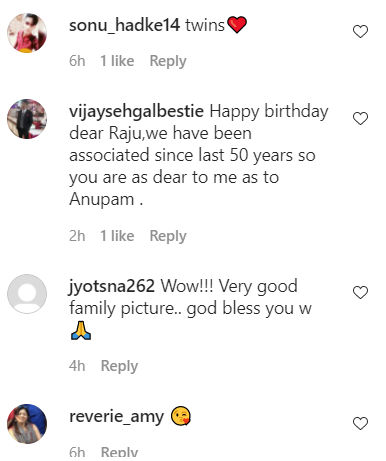 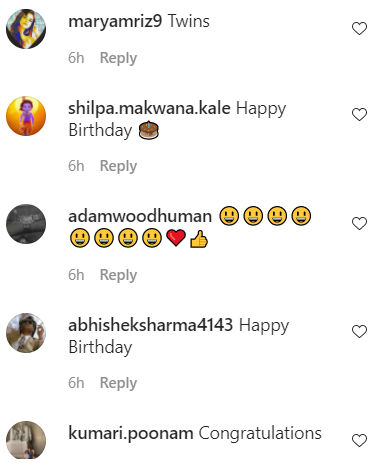 Over the years, both Anupam Kher and Raju Kher have cemented their place in Bollywood. The two brothers have been praised numerous times for their acting capabilities and their characters that they portray on screen. Despite Raju Kher being a part of a few films, he has also been praised tremendously for his work over the years in Bollywood.