Known for her fashion game, Anushka Sharma recently turned up the heat in a yellow dress from the cover shoot of a fashion magazine. Read on to know more

Anushka Sharma seems to have done it again. The actor known for giving fashion goals to everyone seems to be on the move. This time Anushka charmed her fans with a sunshine look for the cover of a fashion magazine.

Anushka Sharma recently took to her Instagram account to share pictures from the cover photoshoot of a fashion magazine. Among many outfits Anushka sported for the photoshoot, one seemed to particularly catch the attention. She was dressed in a yellow lace dress. Her outfit was accessorised with a necklace and bangles. Her hair was styled in a messy, wet-hair style which seemed to compliment her look. Anushka kept her minimalistic with a dash of pink lipstick. 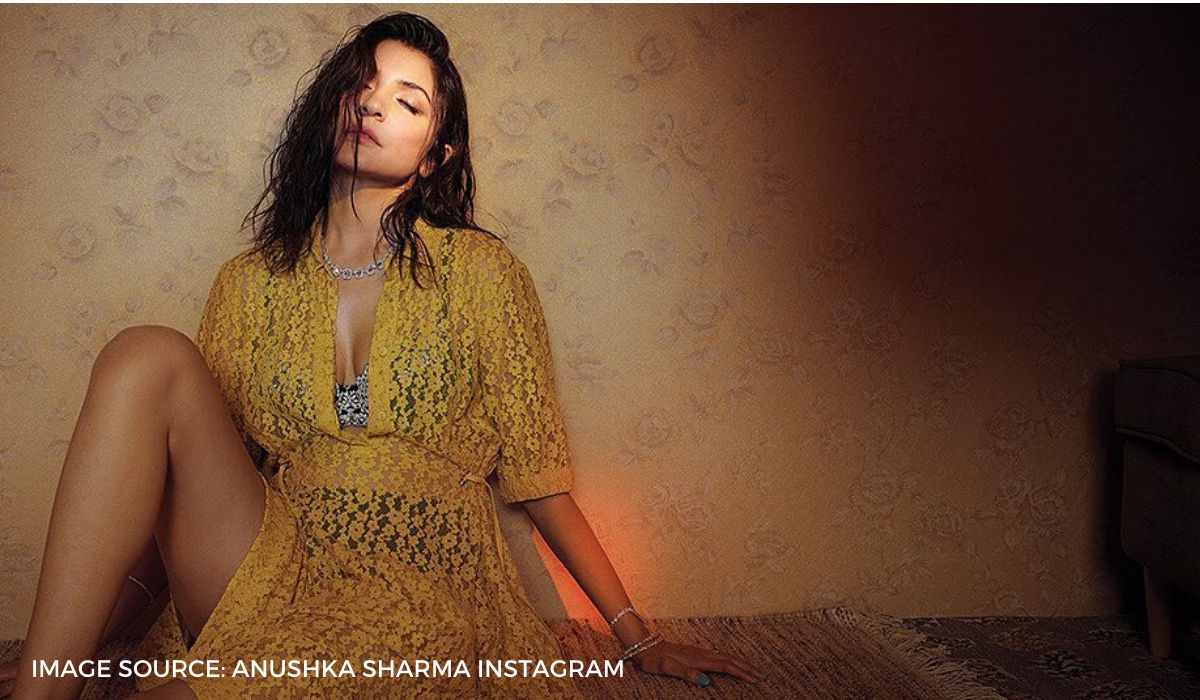 Also Read: All Anushka Sharma's Upcoming Movies After A Hiatus Of A Year

Fans seemed to have liked Anushka Sharma's picture quite a lot as comments started pouring in instantly. However, Anushka's picture also caught the attention of Arjun Kapoor. He took the chance to troll the actor. Here's what Arjun commented: 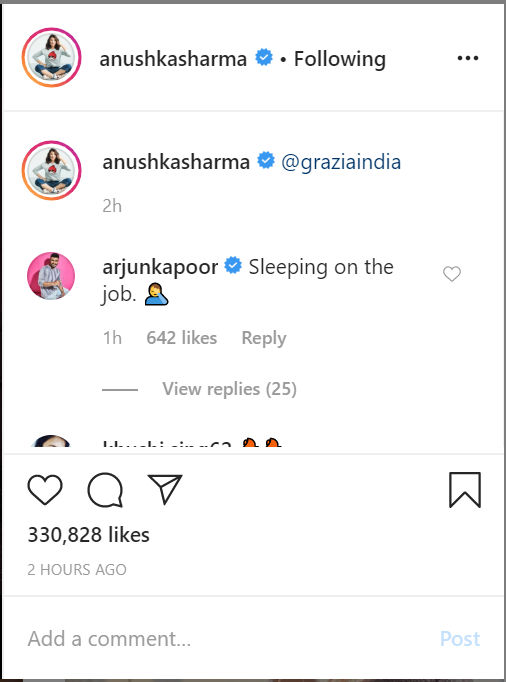 Also Read: Deepika Padukone Vs Anushka Sharma - A Comparison Of Their Careers

Here are some other pictures of Anushka Sharma from the photoshoot:

Also Read: Anushka Sharma Is 'Biwi Number 1' To Virat Kohli; Find Out Why

Anushka Sharma was last seen on the silver screen in Zero. The 2018-release also starred Shah Rukh Khan and Katrina Kaif in lead roles. Many speculated if the actor bid goodbye to her Bollywood because of a year-long hiatus. However, in many interviews, Anushka Sharma reportedly said that she was actually taking a "creative break" after delivering movies back to back at the silver screen.

In 2018, Anushka had quite a few releases- Zero, Sui Dhaga, Pari and Sanju. According to reports, her production house has recently joined hands to produce a Netflix project.