Anushka Sharma is one of the most popular faces in Bollywood today. She recently posted a spree of comments that screamed self-care to everyone.

Anushka Sharma is one of the most popular leading actors working in Bollywood today. She is known for her uber-stylish avatars which make heads turn as she steps out. She has always been very open about the importance of self-love and self-care. However, this time the actor has taken it a notch higher.

Anushka Sharma recently attended the Femina Beauty Awards. The actor took to social media to share a few pictures of herself. However, it was the comments section that stole the show away.

Dressed in a black and golden dress, Anushka Sharma looked stunning. The actor left her fans amused when she started commenting on her own pictures. Her comments are proof that one does not need a partner to say cute things under one’s pictures. After posting a series of pictures, she also posted some self-flattering comments under her posts.

In one of the posts, Anushka Sharma posted a series of fireball emojis with the line “Good height girl”. On another post, the actor commented “#selflove” with a few fire emojis. In one of the close-up pictures of herself, Anushka Sharma commented, “Wow what a photo” along with laughing emojis. 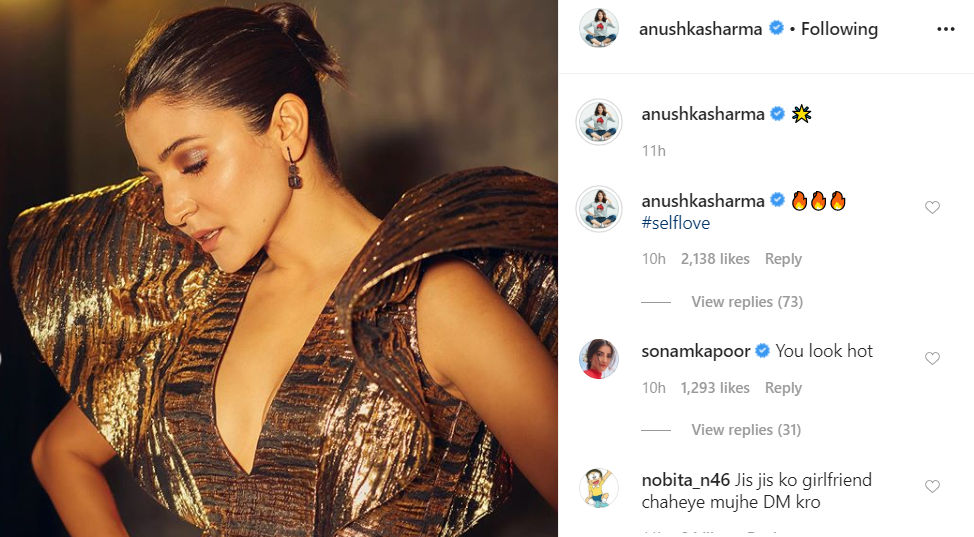 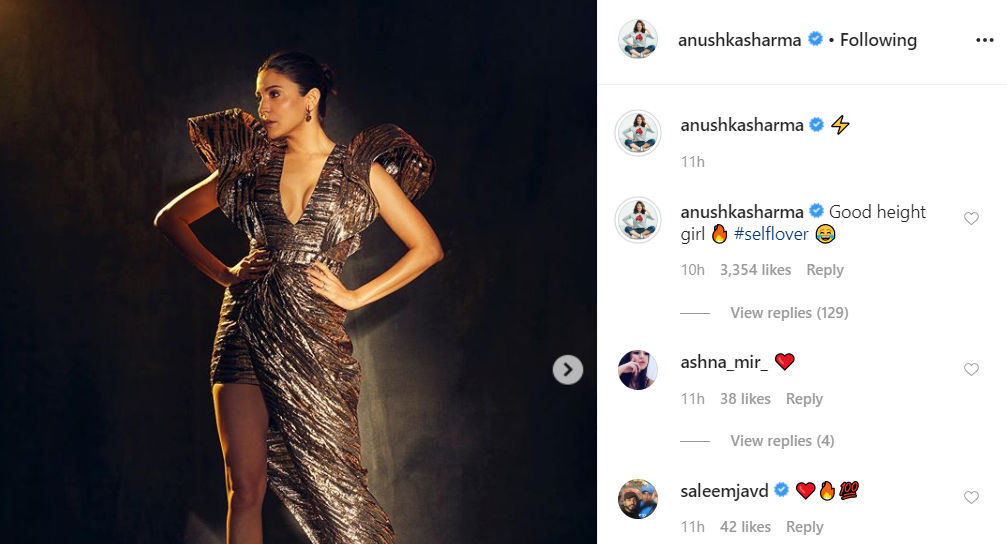 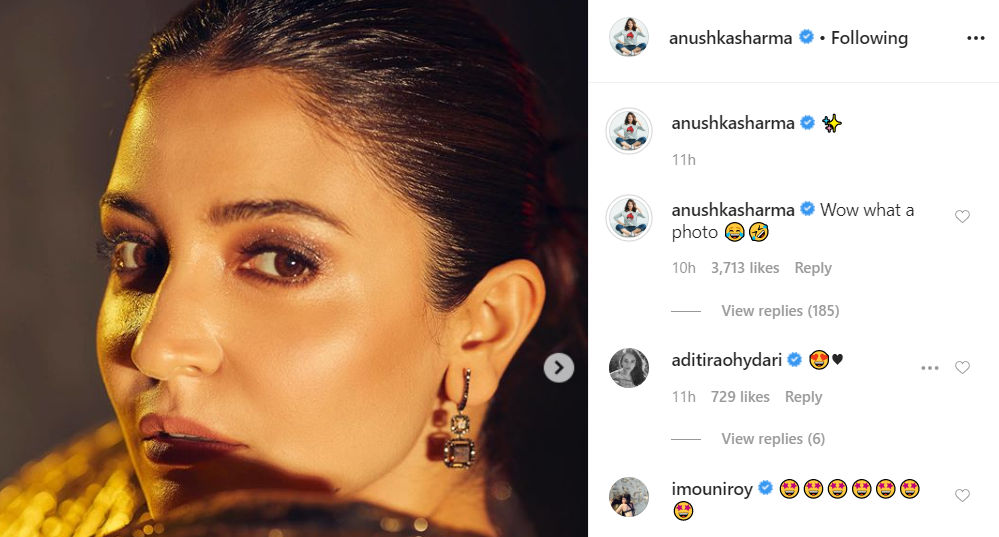 Fans of Anushka Sharma were quick to react. Many poured in their love for the picture while commenting on her looks and style. Anushka Sharma recently returned from her vacation in New Zealand along with her husband Virat Kohli, where they even celebrated Valentine’s Day together.